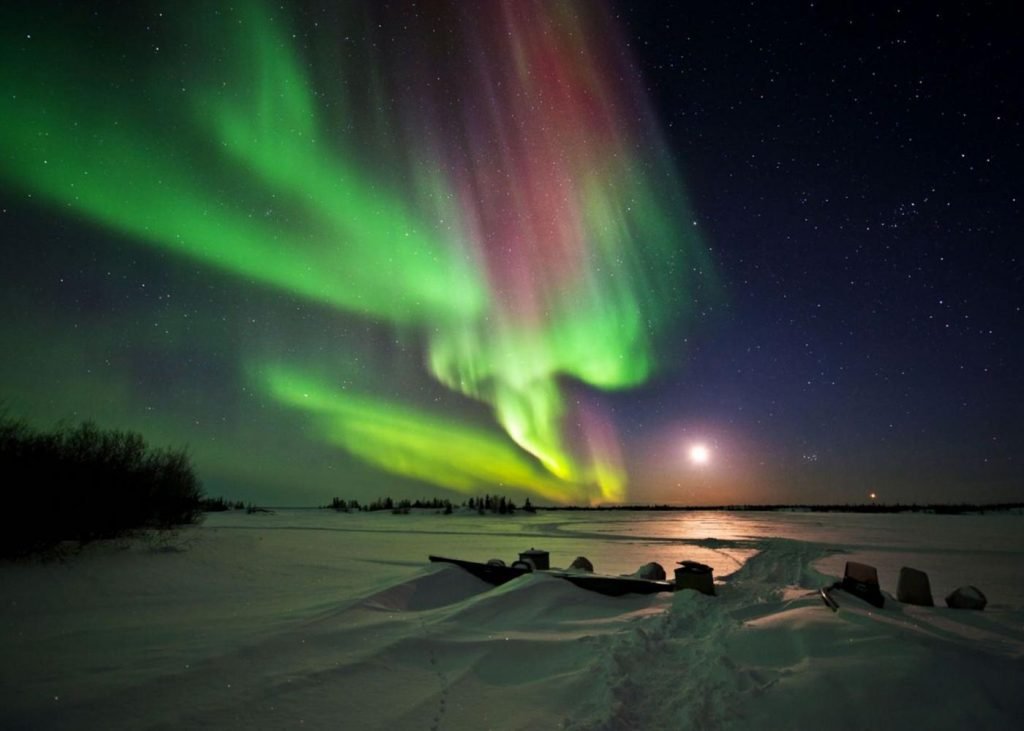 What Planets Have Aurora?

For any planet to have any kind of aurora, it must possess three necessary elements that we’ve determined. It must revolve around a star, it must have an atmosphere and a magnetic field. 4 known planets(including Earth) have these aspects to form an aurora.

Why do auroras occur?

Three things are necessary for an aurora to occur: A star, an atmosphere, and a magnetic field.

What happens is the Sun spits out charged particles towards all around the Solar System. These particles reach Earth.

When they come near Earth, the magnetic field around us change the direction of the particles, moving them towards the North.

Charged particles enter the atmosphere, and they interact with molecules in our atmosphere, which are mostly nitrogen(78%) and oxygen(21%). Atoms release photons due to the energy received from the charged particles. The result is an incredibly beautiful aurora, or in other words, Northern Lights. 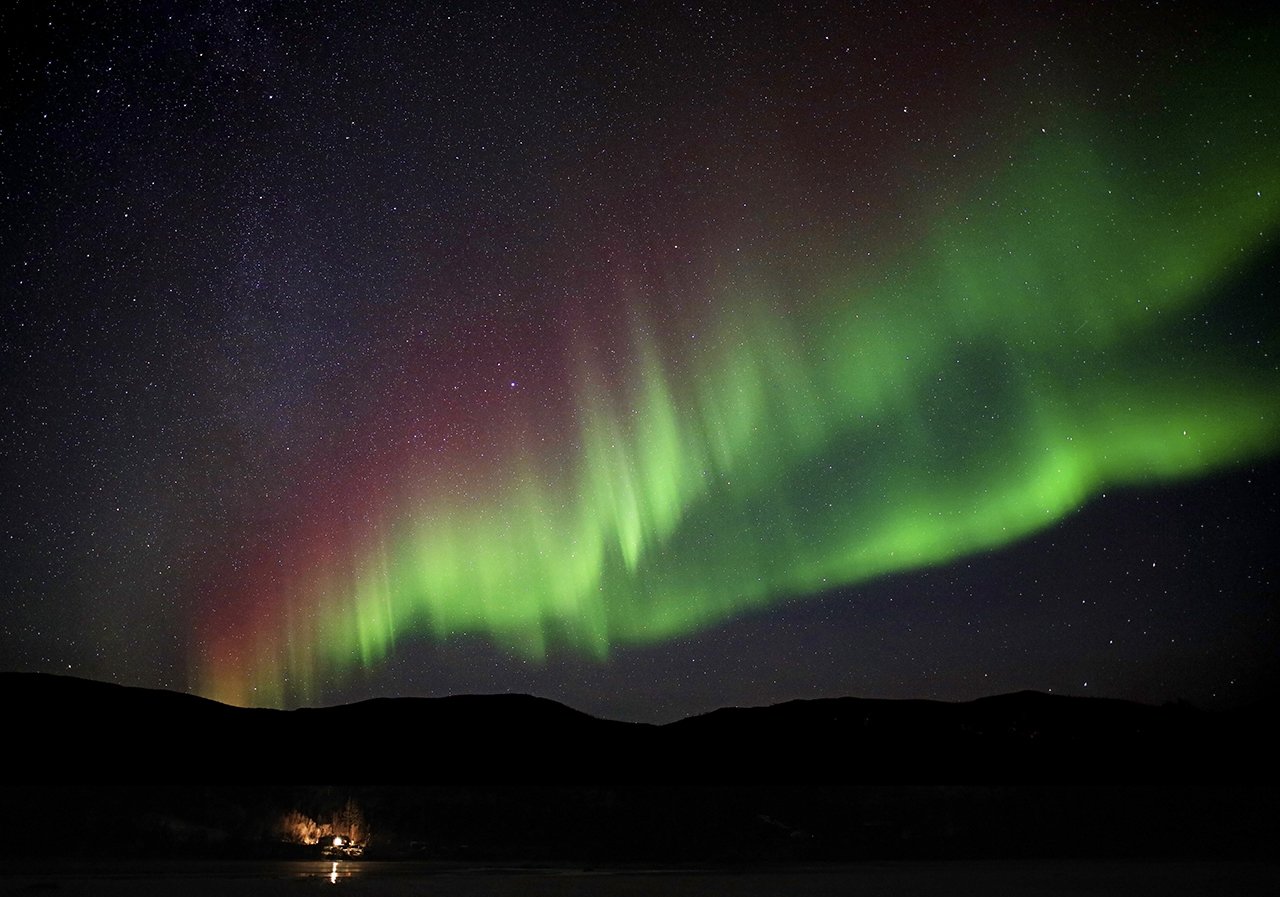 Aurora with colors of excited Oxygen and Nitrogen

Planets That Have Aurora

For any planet to have any kind of aurora, it must possess three necessary elements that we’ve determined. It must revolve around a star, it must have an atmosphere and a magnetic field. 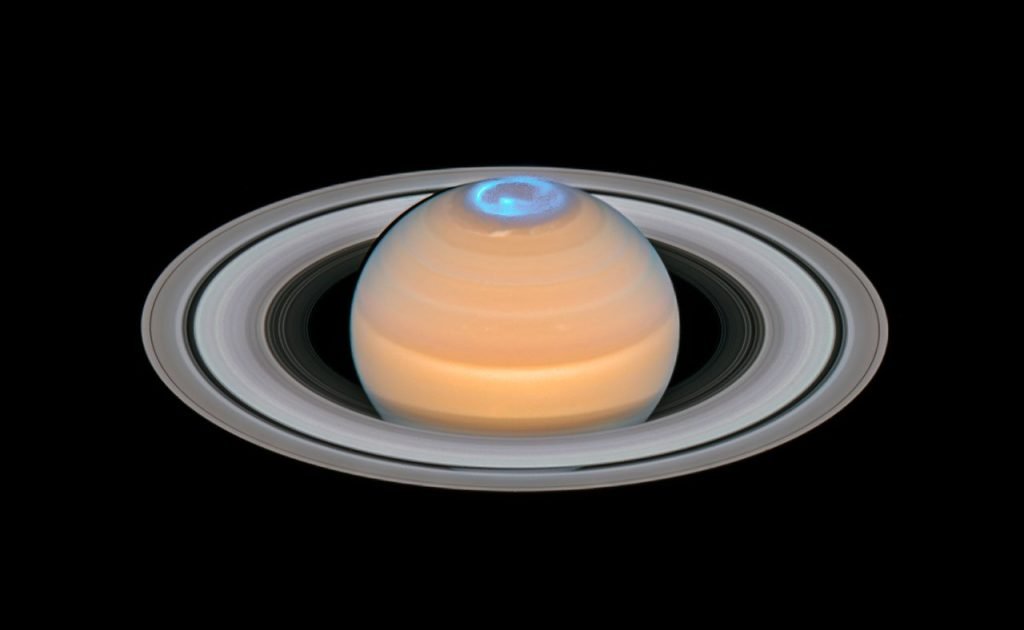 We are lucky enough to see gorgeous images of Saturn’s aurora provided by the Hubble Space Telescope. But keep in mind that the color of the aurora on Saturn is mostly purple-red. This is due to high levels of Hydrogen on Saturn’s atmosphere.

The aurora on Saturn is really similar to aurora on Earth. Both on Earth and Saturn aurora lights occur on the poles and are created by charged particles coming in from outer space.

Of course, aurora on Saturn is much more intense due to its incredibly strong magnetic field. 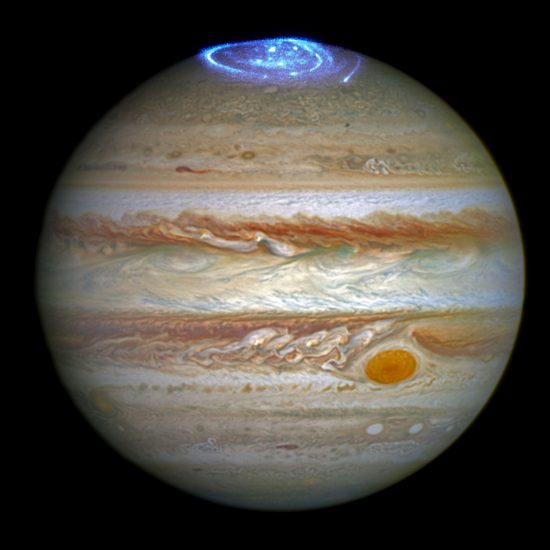 Jupiter has the most powerful aurora in the Solar System.

Since Jupiter’s magnetic field is 30x stronger than Earth’s, scientists naturally guessed that the aurora on Jupiter was caused by its magnetic field. But this is not the case.

Scientists at NASA didn’t see what they expected in Juno’s fly-by across Jupiter. The powerful magnetic lines of Jupiter didn’t align with its aurora as predicted. So the cause must be something else. Although new guesses such as “turbulent acceleration process” exist, we still don’t know the real cause of auroras on Jupiter. 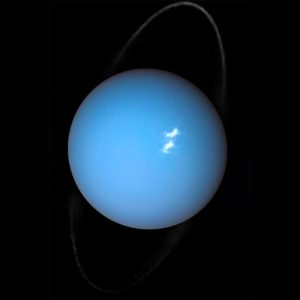 Auroras on Uranus were detected in 2011 with the Hubble Space Telescope. They are definitely not as powerful as auroras on Jupiter and Saturn

Little is known about the aurora lights on Uranus. But we know that they rotate with the planet, and are created by the waves of charged particles from the Sun. 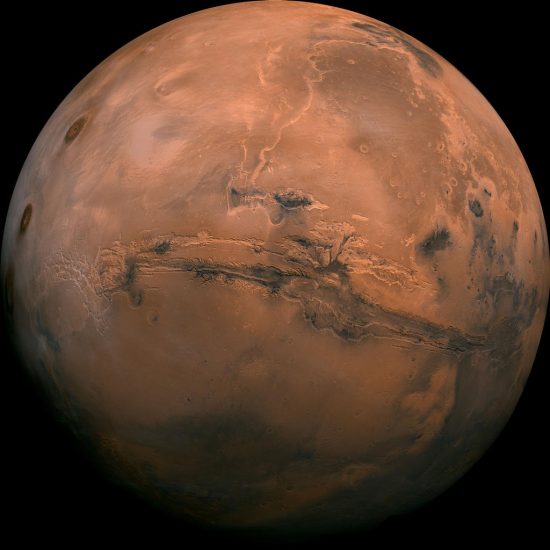 Mars has the most interesting aurora occurrence in our Solar System.

Mars is still losing water to space when it gets closer to the Sun. High-levels of energy received at “summer” times on Mars cause the water vapour to rise in the atmosphere. The H2O molecules get broken up to Hydrogen and Oxygen, forming what is called the Hydrogen Corona layer in the atmosphere.

Although it can’t be seen with the human eye, with a simple UV-light observation device, the aurora can easily be detected.