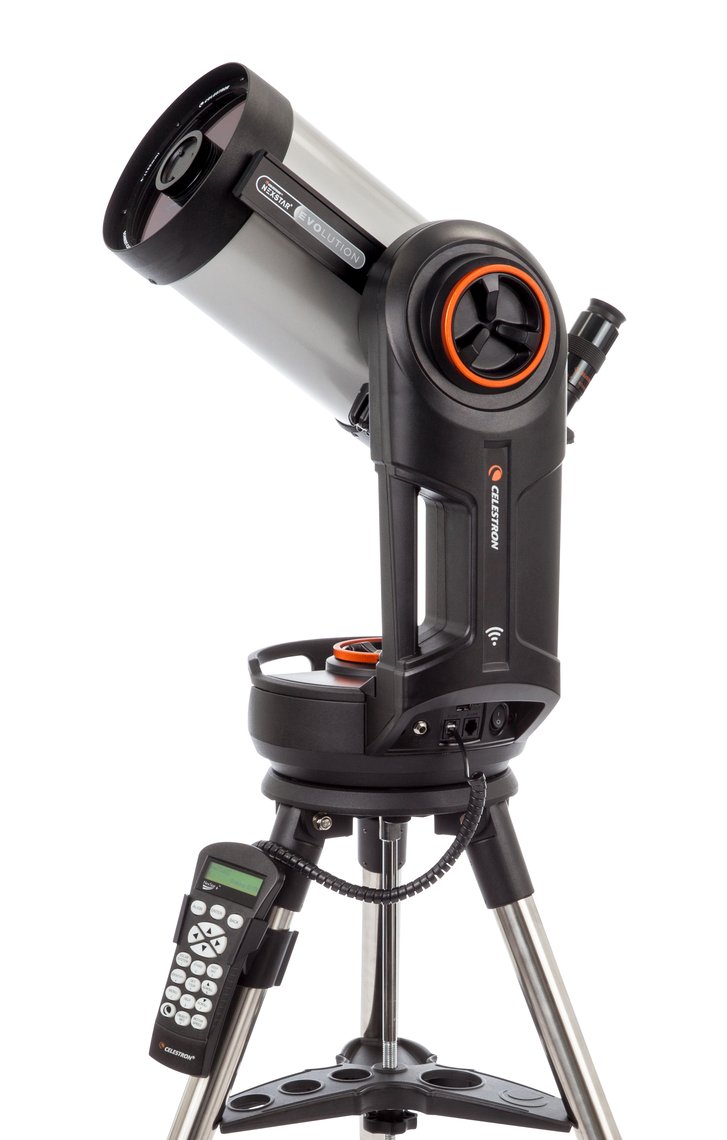 Celestron NexStar Evolution 6 is packed with the latest tech but comes with rather modest optical power.

NexStar Evolution 6 is an interesting member of the Evolution Series because it is more of a high-tech mount than a telescope. You can get the same amount of optical power from a 300$ SkyWatcher 6″, which is quite explanatory about what you are paying for.

Portability is the reward for lower power. 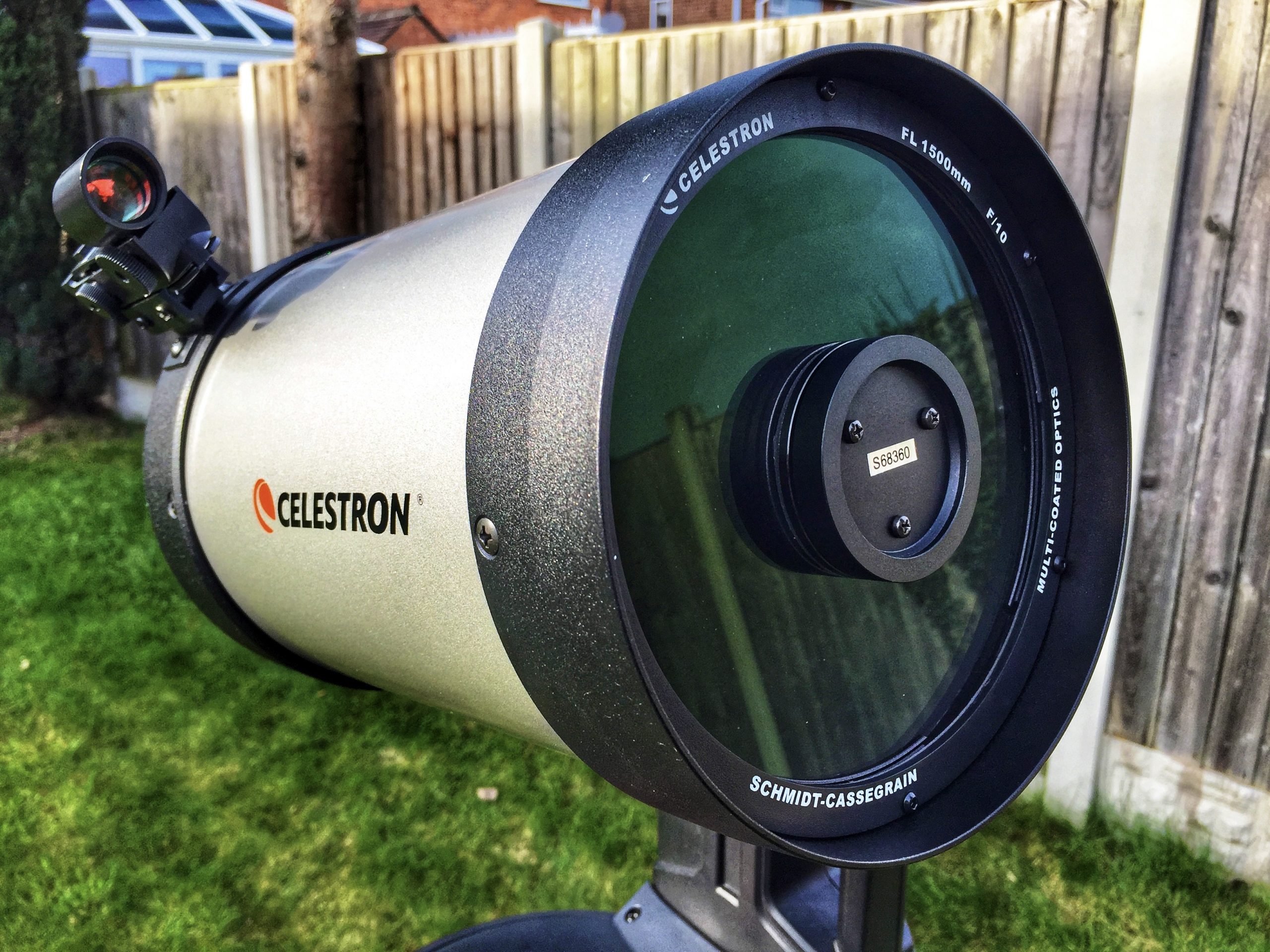 Celestron NexStar Evolution 6 is a Schmidt-Cassegrain. It performs the best with brighter objects, and with a few additional accessories, it performs decently with faint objects.

The images are color accurate and precise.

But there is an advantage to the narrow Schmidt-Cassegrain design. Color accuracy is on-point, and there are no optical defects such as diffraction spikes and chromatic aberration. These are significant problems with reflectors and refractors.

Frankly, there is some chromatic aberration, but the amount is not comparable with refractors. 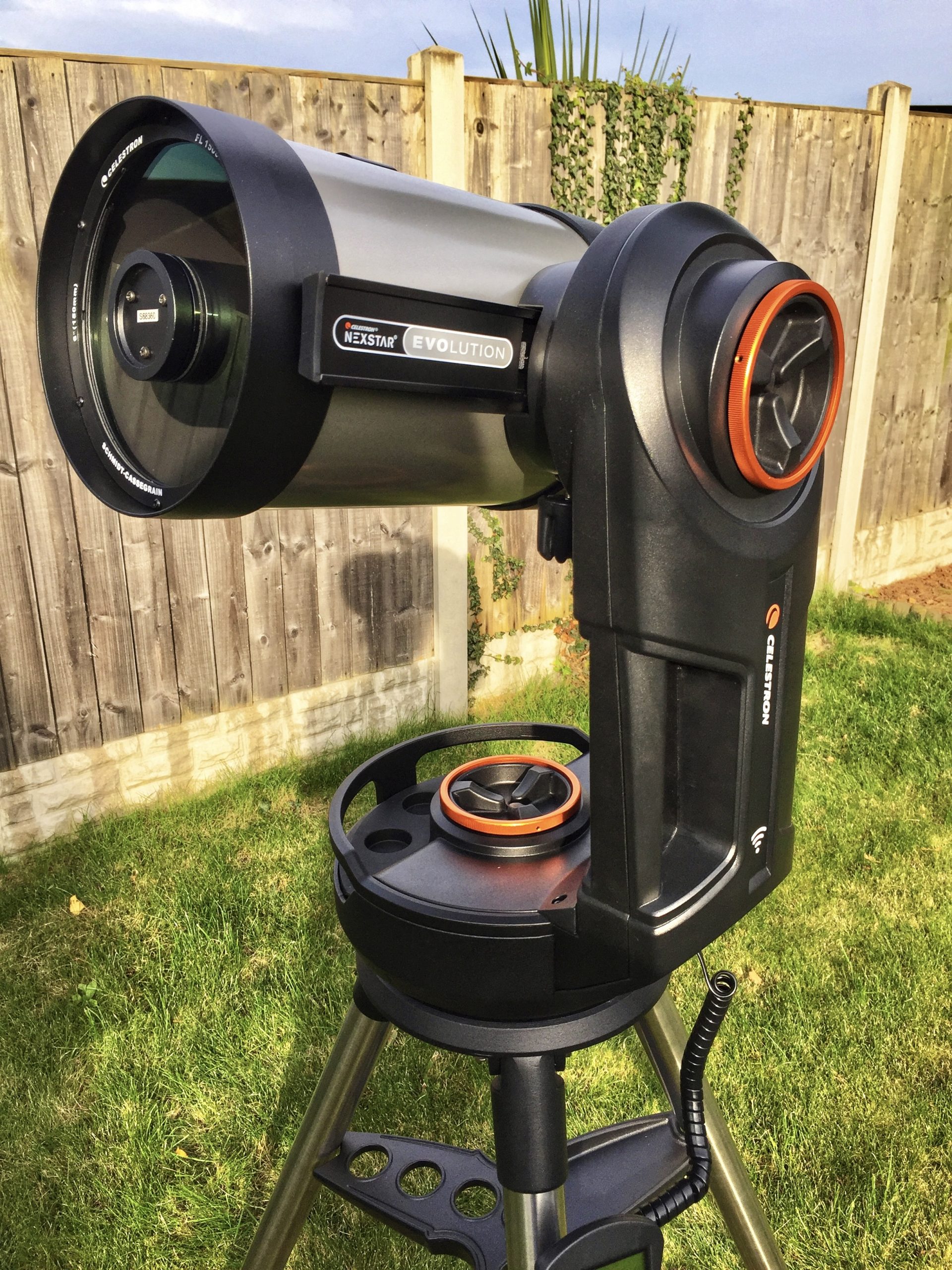 The optical design is a “Solar System Performer” at its core. The light travels the optical tube two times instead of one. As a result, the optical path is exceptionally narrow. This makes it easier to gather detail from Solar System objects such as Jupiter, Saturn, Mars, Venus, and the Moon.

Jupiter shows its stripes with their unique beige-red-brown colors. It’s Galilean Moon’s are easily observable, and The Great Red Spot is clear with its unique color as well. The color accuracy advantage of the optics shows itself with colorful objects such as Jupiter.

Saturn shows its yellow-green colors. Its rings are clear with The Cassini Division between them. Its many moons show themselves, but Titan, the largest one, is the one easiest to observe.

Mars shows some surface detail as black and white stains. The white stains are the Polar Ice Caps, and the black is due to the Iron nature of the surface.

Venus’ surface is impossible to observe due to its thick atmosphere. But, its yellow color and Phases are easily observable.

Mercury and Pluto are incredibly challenging to observe with any telescope and look like dots most of the time with NexStar Evolution 6.

It is safe to say the Lunar observations are the strongest suit of NexStar Evo 6. There are two things needed for observing the Moon; getting as close as possible and great color accuracy. The Schmidt-Cassegrain design does both incredibly well. Countless craters and mountain ranges reveal themselves. It is a beautiful experience.

Overall planetary performance is delightful. Color accuracy is on point, the optics are powerful enough for most details in the Solar System, and the Auto-Tracking is the cherry on top. 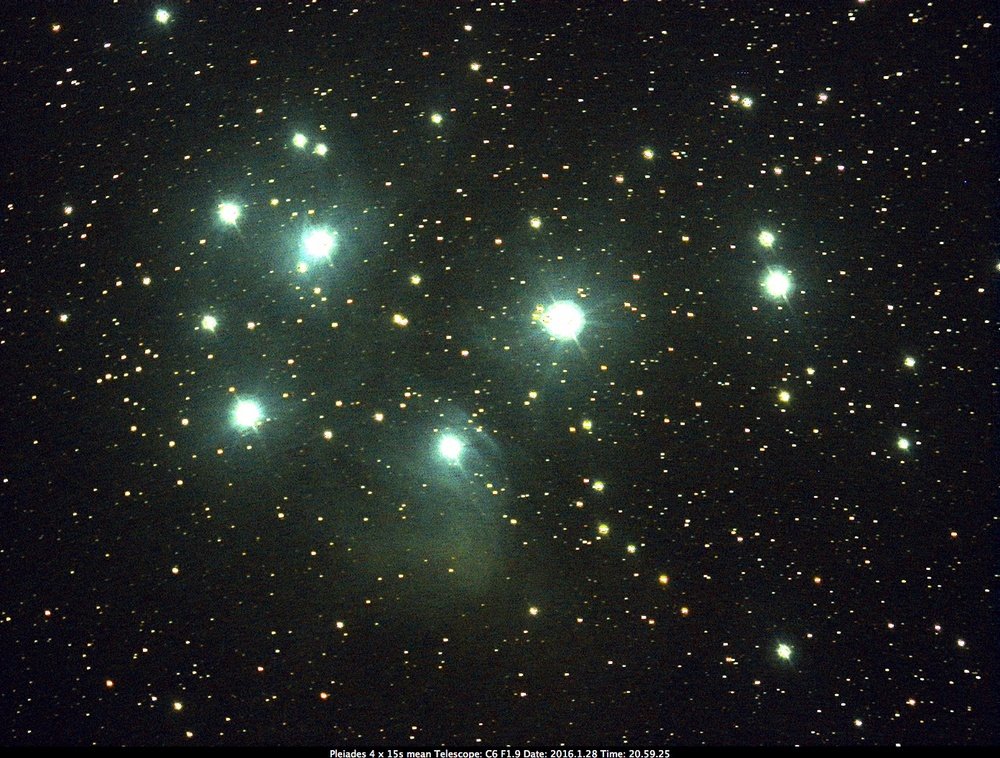 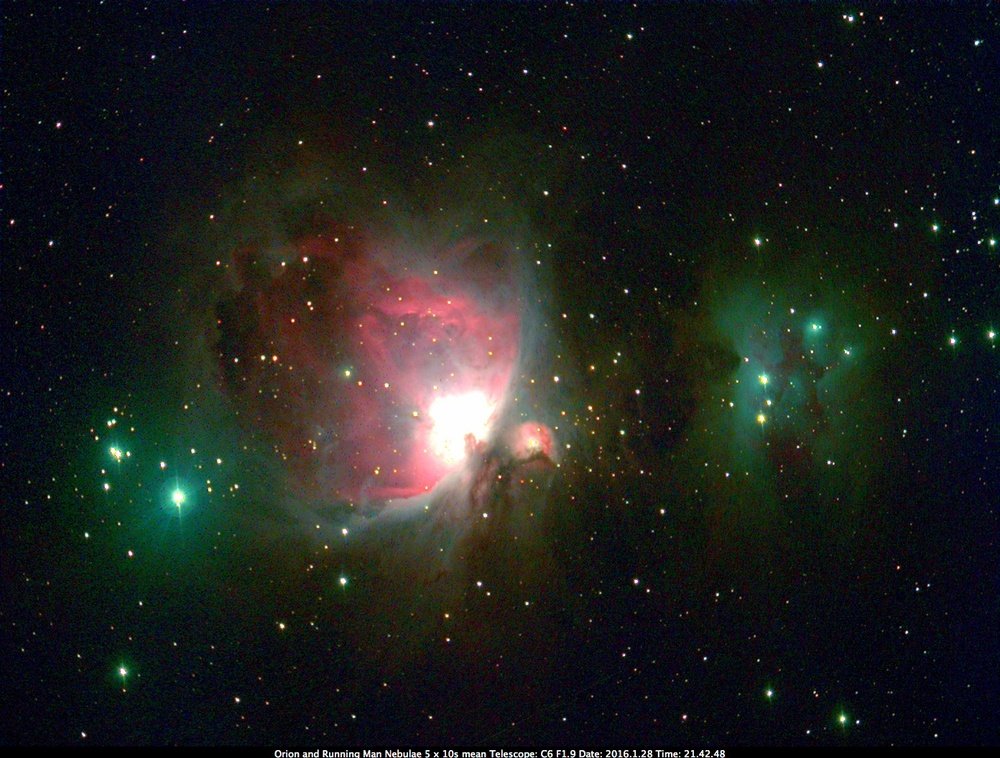 Deep space performance is disappointing out of the box. The optical design can’t fit large objects such as the Andromeda Galaxy inside the view, and the object looks ghostly.

The second solution is a 2″ star diagonal and a 2″, wide-field eyepiece. These are present with most astronomers’ accessory portfolio. They will change the way the optics interact with deep space.

If both of the upgrades are done simultaneously, deep space performance will be slightly worse than a 6″ reflector, which is pretty good.

NexStar Evolution 6 is capable of some serious astrophotography, but again, with expensive upgrades.

The most significant obstacle of NexStar Evolution 6 is its altazimuth mount. You need an “equatorial” motion to counter Earth’s rotation to keep the object in view while imaging. With the altazimuth mount, 1-2min exposure times are possible, which limits you to Jupiter, Mars, Saturn, Venus, The Moon, bright star clusters, and bright objects in general.

There are, again, two solutions for the equatorial motion problem. One is cheaper, sensible, and boring. The other is expensive, irrational, and awesome.

The cheaper and smarter solution is Celestron’s Equatorial Wedge. They cost around 300$. They are not cheap, but they are precise enough to solve the problem completely and will let you get on with serious deep space astrophotography.

The more expensive and irrational solution is HyperStar. HyperStar is one of the most innovative products in the astronomy field in recent years from a company called Starizona. HyperStar replaces the secondary mirror with a camera and reduces the focal ratio to f/2. Therefore you need 30x less exposure time for equally bright images. A 1min exposure image will be equal to a 30min exposure image.

In the end, the choice is yours. You may keep to planetary imaging or just stay with visual astronomy. But it is always nice to have the option. 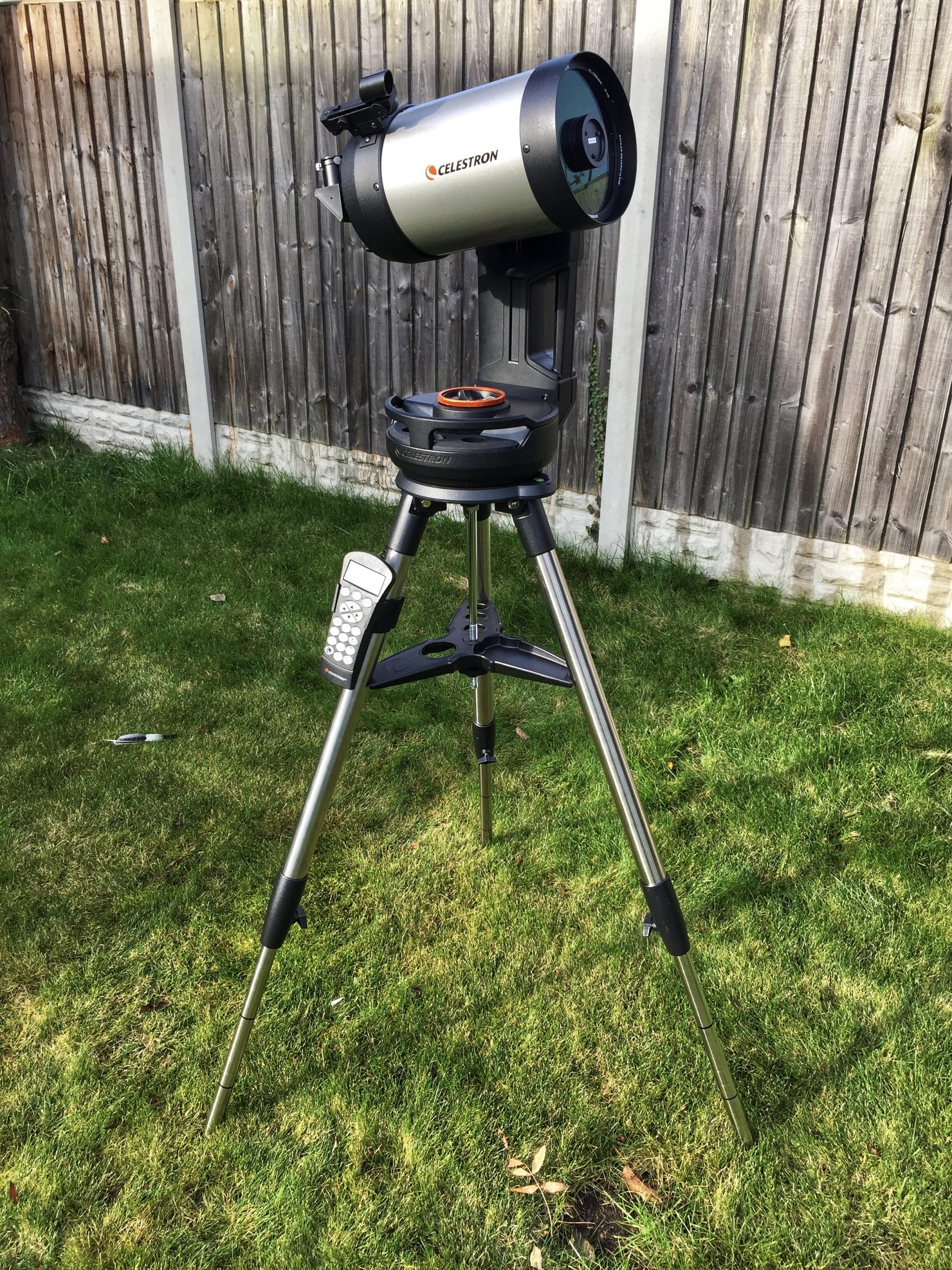 Let me start off by saying this; the NexStar Evolution Mount is better than any other computerized mount in the industry by a huge margin. At least at the “affordable” price range.

The motors are metal. They have less backlash and are more precise. They are reliable as well. If you take care of them, they will last for 8-9 years, maybe more. 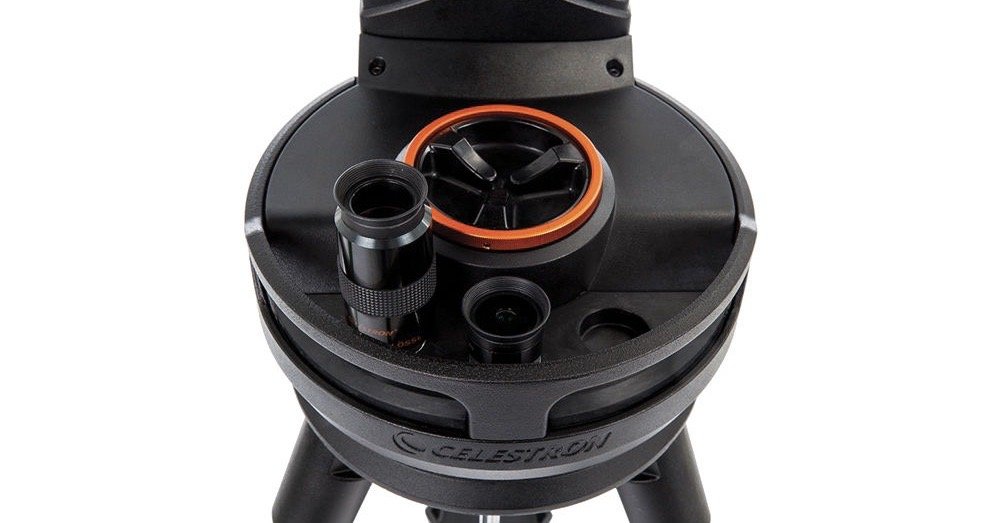 The clutches are more than enough for carrying the 6″ optical tube. They are strong, sturdy, and impressively, manually usable. You can detach the optical tube, use it however you want, and return to the object. But the alignment settings stay the same, so you have to return to the same object.

The tripod is a 1.25″-steel model. Its sturdiness is not at the ideal level, and this would have been a huge problem if the telescope was manual. But NexStar Evolution 6 is used on Auto-Tracking mode almost all the time, so the tripod is OK. If you want to improve its stability, vibration suppression pads are a smart and cheap solution. 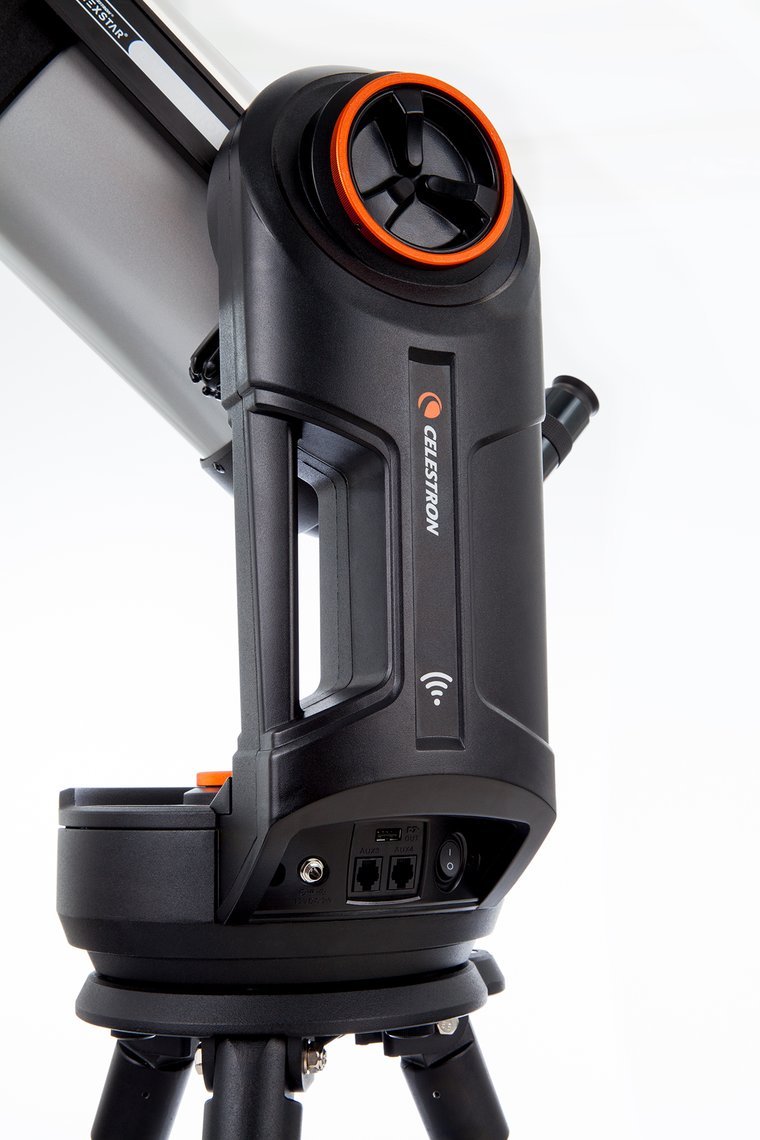 These are the features that really make a difference.

In 2016, when the Evolution Series just came out, the built-in WiFİ was frustratingly bad. But Celestron kept at the problem, and now the connection is reliable all the time. You can connect to the telescope anywhere you want, the field, backyard, your home…anywhere, and it works as you want it to work.

The built-in battery is a Lithium-Ion model. It lasts for 10 hours, which is around a long, sleepless observation session. The battery could have been larger, but as long as you keep it charged, it won’t bring out any problems. 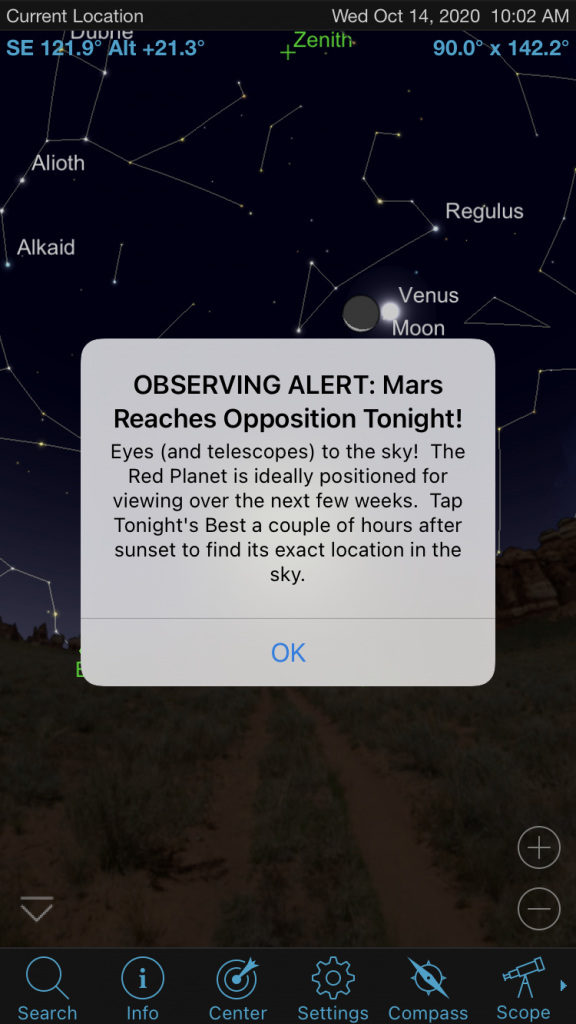 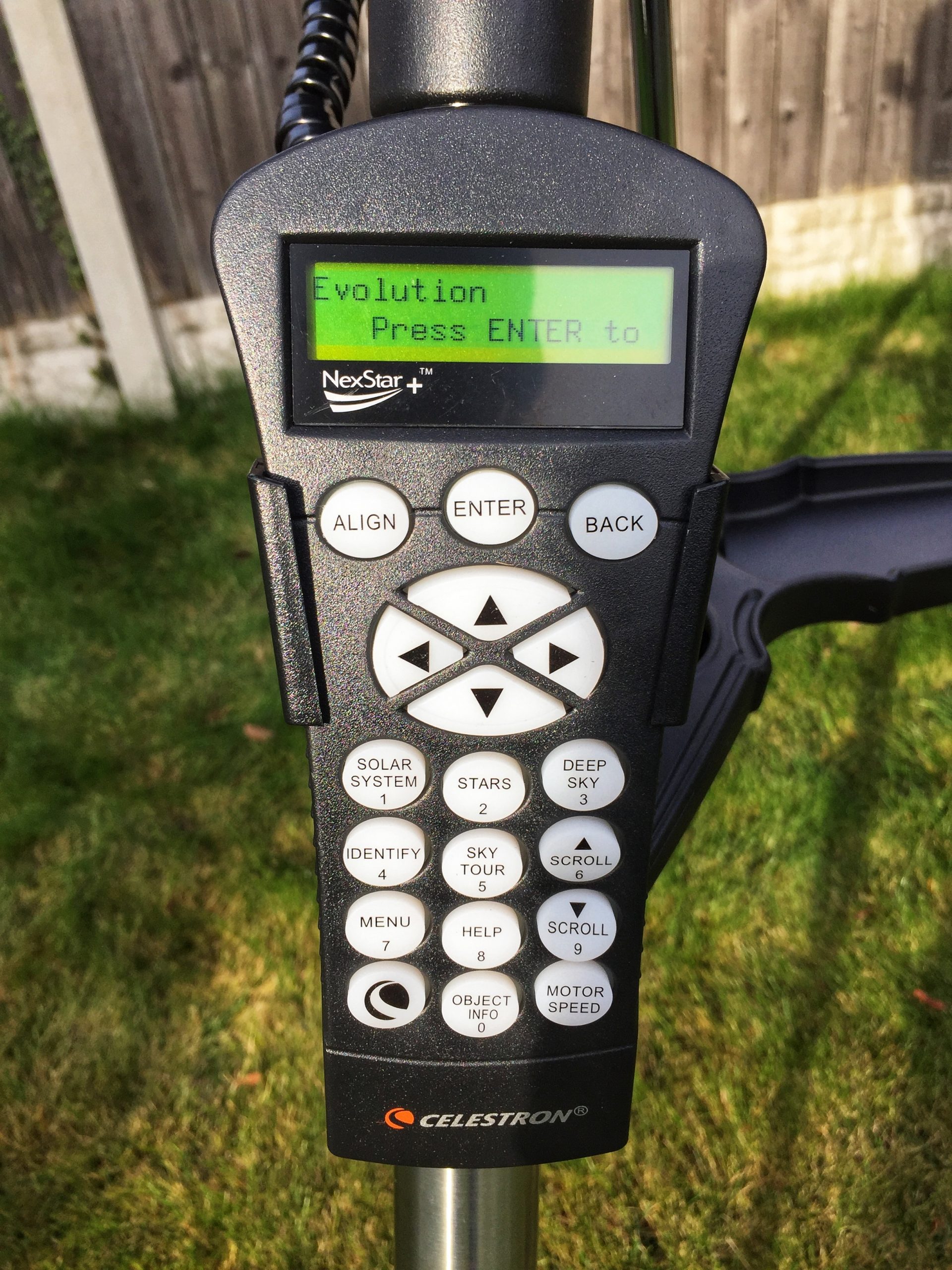 There are two ways of controlling the optical tube. The hand controller, or the SkyPortal App.

Using the hand controller feels like time travelling to the 90s. The software is almost antique, but it works well, so I don’t have any complaints.

But, Celestron is not a computer company, and it is apparent with the SkyPortal App. The app is prone to crashing, the buttons get stuck at times, and occasionally the optical tube keeps moving even if you don’t want it to.

All of the accessories need upgrades. It is clear that they are merely included to get you started.

Celestron sends s 13mm and a 40mm Plössl eyepiece with the telescope. These are below-average choices at this price range, but enough to get started with some decent viewing.

The red dot finder is not comparable to any part of this telescope. It is a plastic toy, almost. It should be one of the first parts that is upgraded. 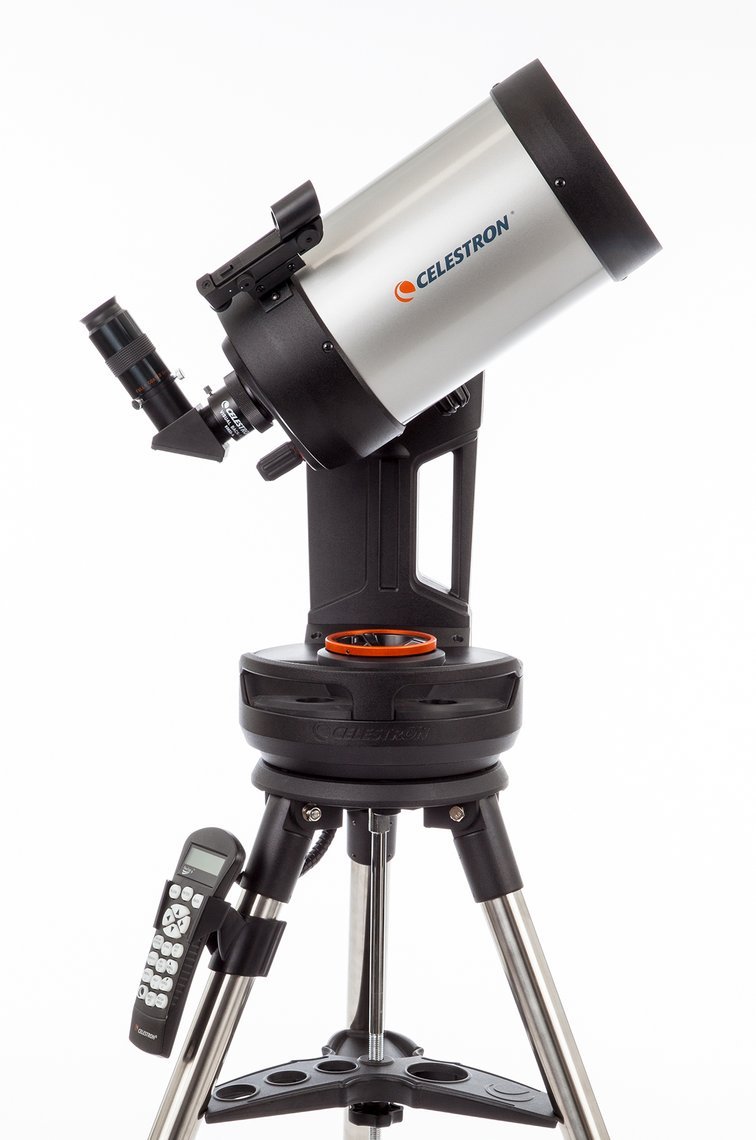 The 6″ aperture is the limiting factor of NexStar Evolution 6. The light-gathering ability is the most important factor for astronomy, and it is a part that is not upgradable.

The SkyPortal App is buggy.

Celestron NexStar Evolution 6’s price tag is ridiculously high, and almost all of it goes to its well-built mount technology. As I’ve said before, it is a weird member of the Evolution Series.

I don’t understand why any astronomer would settle for low powered optics, but if you are OK with 6″ of aperture, Celestron NexStar Evolution 6 is one of the most advanced and well-built telescopes there is.