NexStar 127 is not the most powerful nor the most well-built choice at its price point. But, the combination of Solar System viewing and automation is delightful.

NexStar 127 SLT is the best choice that combines GoTo abilities and planetary performance. So if these are priorities for you, NexStar 127 might be something to think about.

NexStar 127 is a planetary performer with GoTo abilities.

The most significant problem this telescope has is the lack of a built-in battery, which I will talk about in the “Mount” section. It is an absurd, unsolvable problem. If there were a proper battery in this device, it would become one of the most recommended starter telescopes. 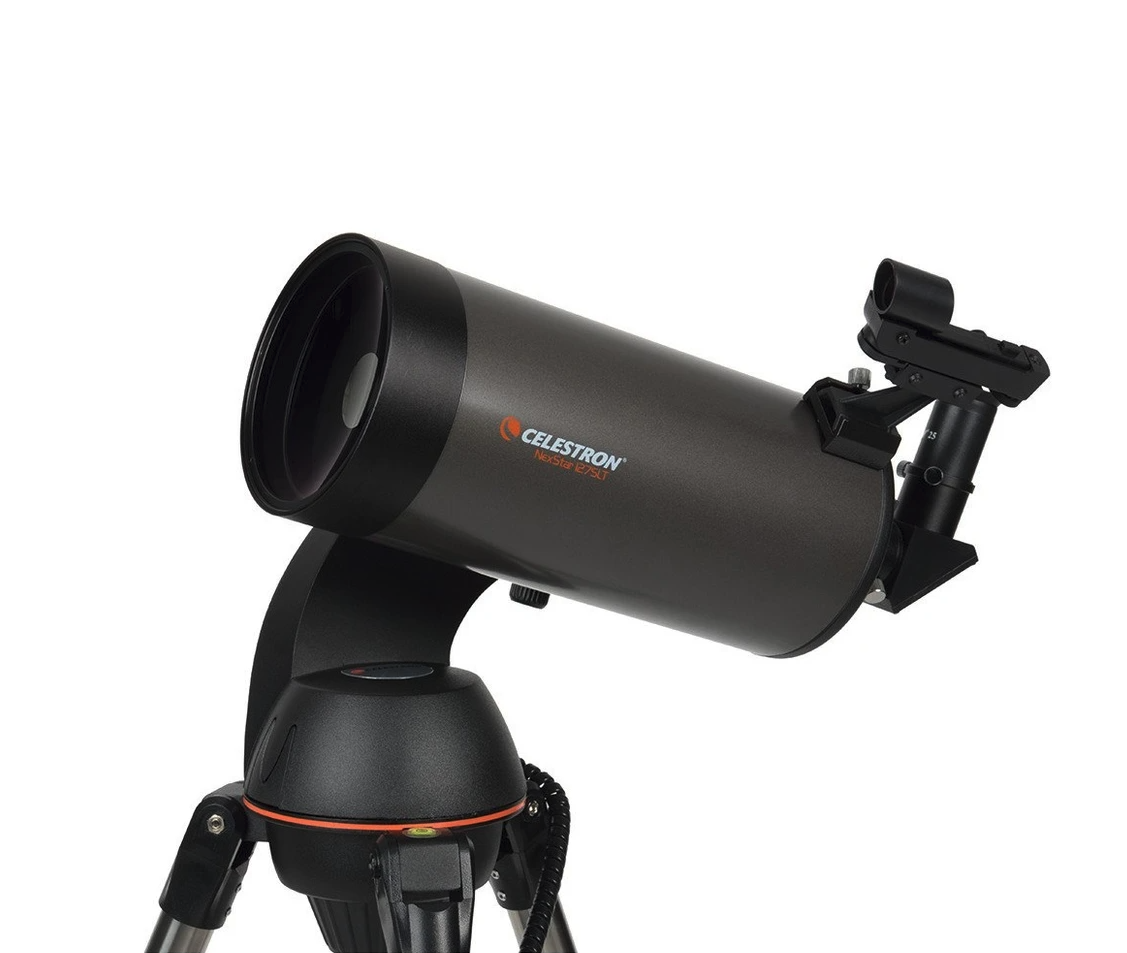 The optical design is a Maksutov-Cassegrain, which provides incredible high-magnification performance. It is delightful for viewing the Solar System.

The aperture is 127mm, which is not bad. It is among the mid-level power of starter telescopes. Aperture is vital at this price range, so if you can go for higher apertures, it would improve image quality significantly.

Saturn shows its rings with the Cassini Division in the middle. On a good night, you can get images of its moons.

Mars will show some surface detail, but it is a relatively harder target.

Phases of Venus are observable, and the planet itself looks like a bright, yellow disk.

The remaining planets, Uranus, Neptune and Mercury, are hard to observe with any telescope. They look like colourful tiny dots with Celestron NexStar 127.

The Lunar surface shows a mesmerizing amount of craters and mountain ranges. Both Lunar photography and observations are superb with this telescope.

Deep space performance is disappointing. The field view is annoyingly narrow, and the objects look ghostly due to the narrow aperture. You need at least 6″ of an aperture with a slower focal ratio(f/6-7) for viewing deep space.

Star Clusters are not that boring to observe since they are relatively brighter and narrower. But galaxies and nebulas are challenging targets.

30-40 second exposure images are possible. This limits you to planetary imaging. Jupiter, Saturn, Mars and the Moon are the delightful object to image. But it is impossible to get any kind of decent images from nebulas and galaxies. This is both due to the short exposure time and narrow aperture. 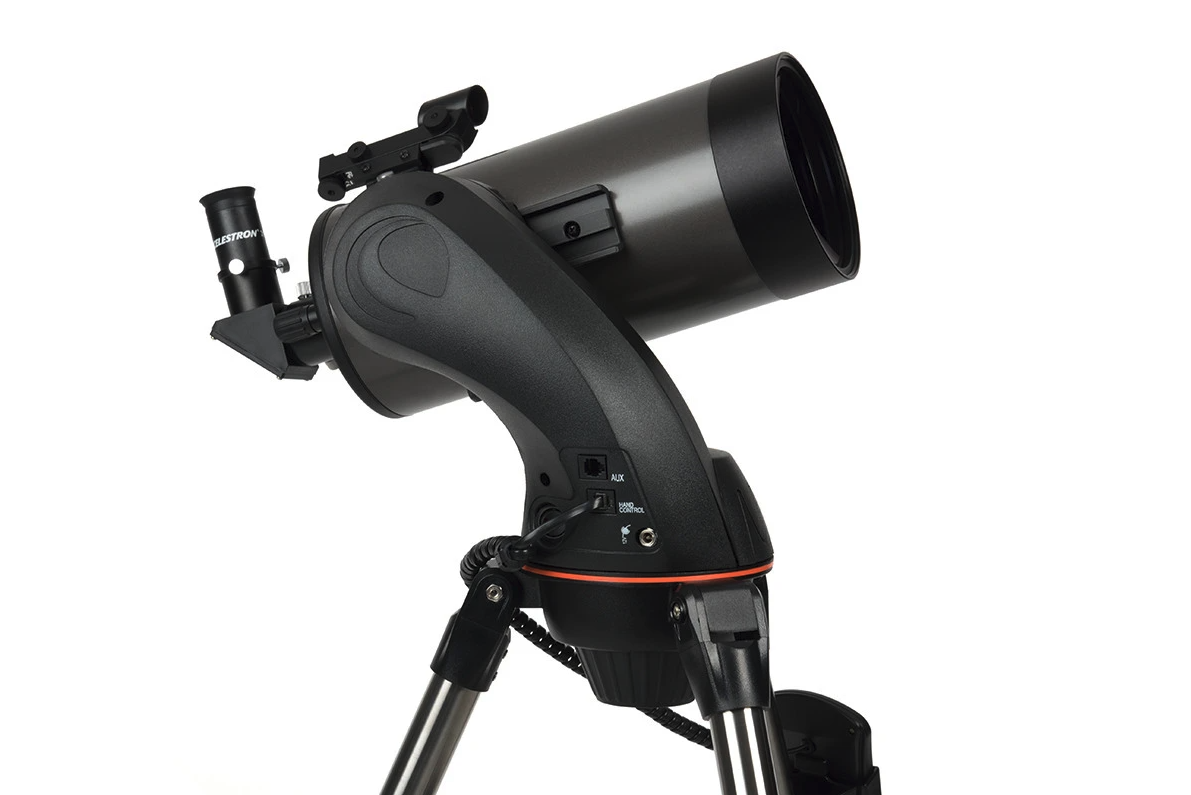 Automized mounts are controversial. They drive to price up significantly, and more prone to breaking down than any manual telescope.

In my opinion, manual telescopes are wiser choices in this price range. The cost of a motorized mount is simply not worth it. And, there is a significant problem with the mount; the battery. It doesn’t exist. 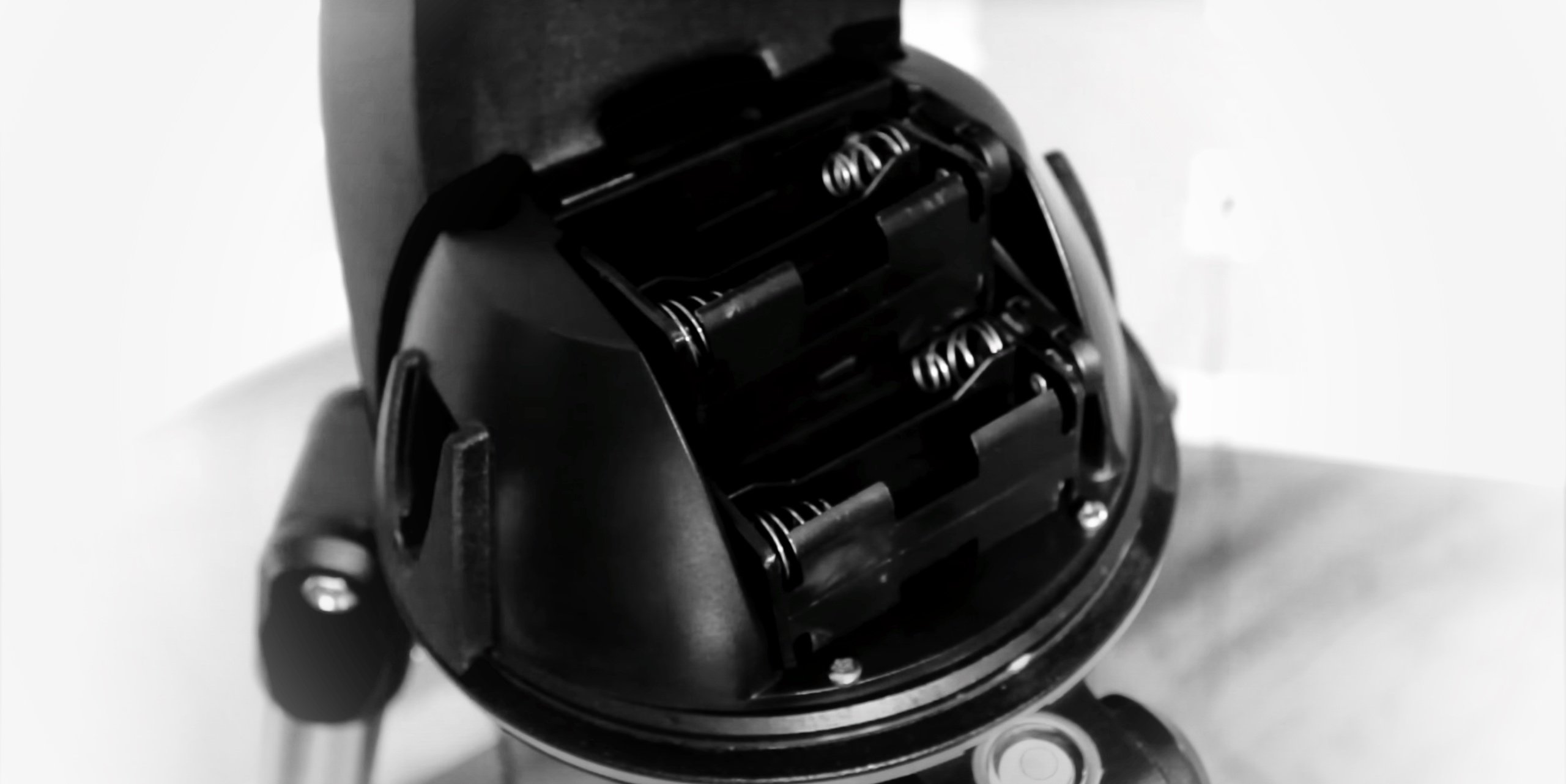 There is a slot for 8 AA batteries. But, they run out in 5-6 hours. They don’t even last a long night. Celestron’s battery department must be joking.

Eventually, you will have to use your own external power source with this telescope, which may mess up the alignment.

The battery problem is unsolvable, and in my opinion, a deal-breaker.

But that 1% is not pleasant. As I’ve mentioned before, computerized mounts are prone to breaking down. If the mount stops working for some reason, you will have to send it to Celestron Customer Service. There is no way around it.

That is another reason why I suggest manual telescopes at this price range. Even if they break down, the problem will probably be simpler. Your probability of solving the problem yourself is much higher.

Celestron has three ways implemented for controlling the telescope.

The Hand Controller comes with the telescope and works well. But it is an almost 30-year-old tech and feels like time travelling to 90s.

The second way of controlling the telescope is getting a Celestron WiFi Adapter and using the Celestron SkyPortal App, but the connection is not reliable.

The third way is using third-party software. As long as you are not into serious astrophotography, I wouldn’t recommend this. 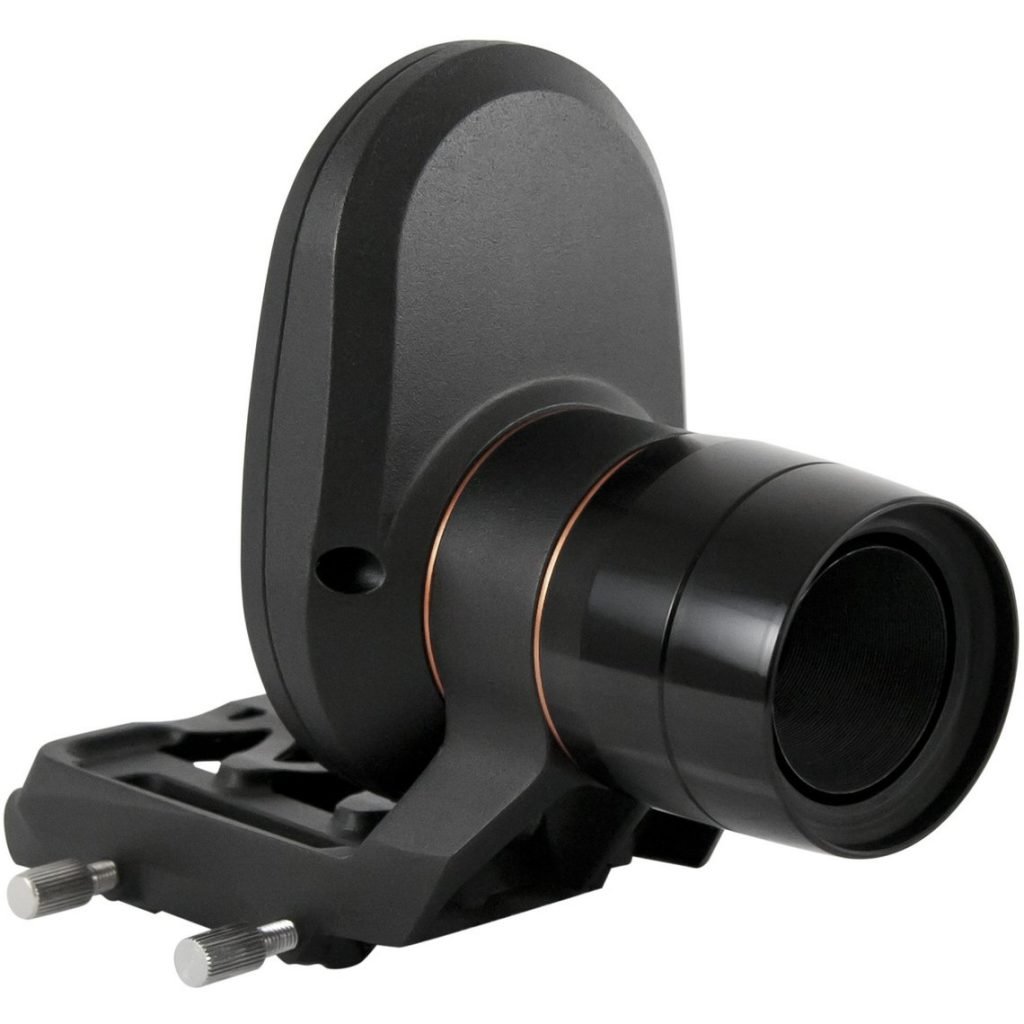 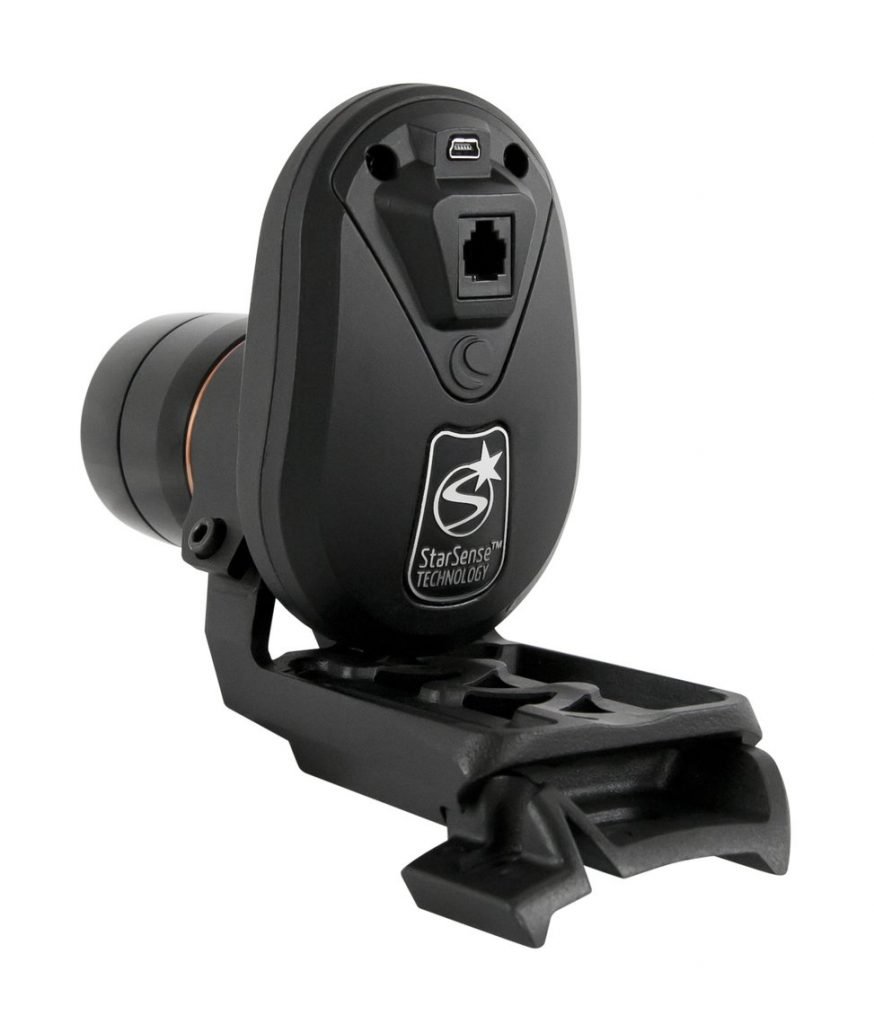 StarSense is a unique technology Celestron has recently come up with. It is a camera that auto-aligns your telescope. It is a fantastic achievement, but the camera costs nearly as much as the telescope itself. 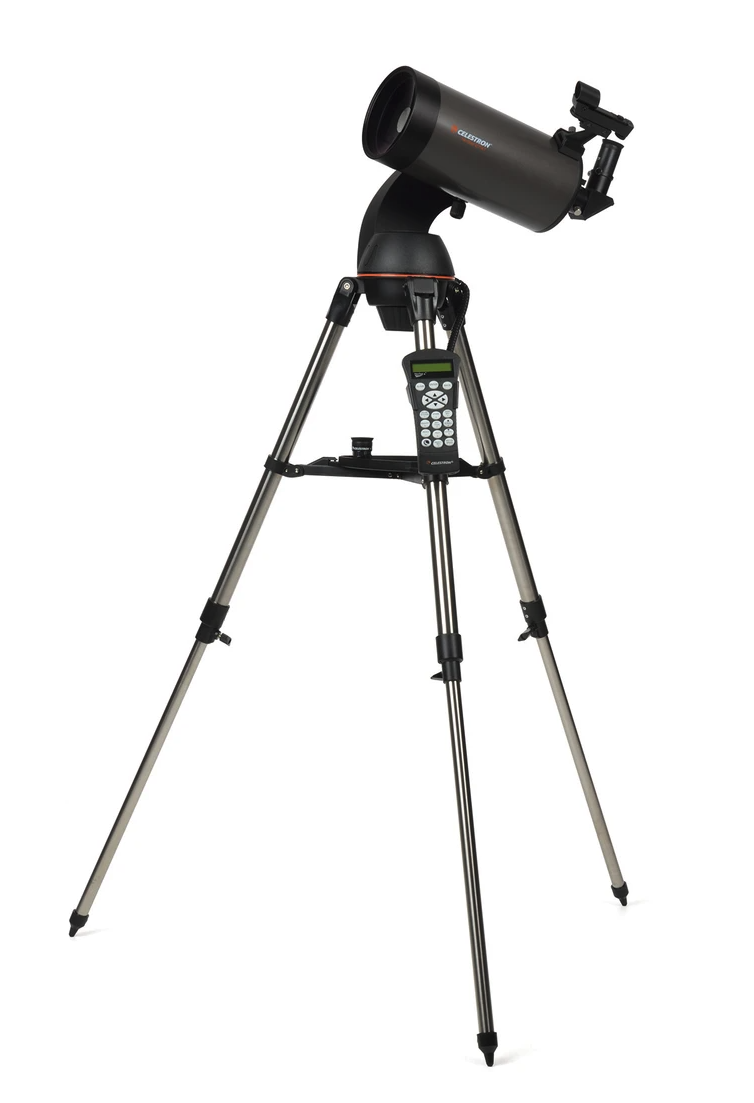 The tripod is a thinned-out steel model. It is significantly better than any aluminium tripod that comes with budget starter telescopes, but it is not ideal in terms of sturdiness. It doesn’t provide the rock-solid observation experience any astronomer would want. 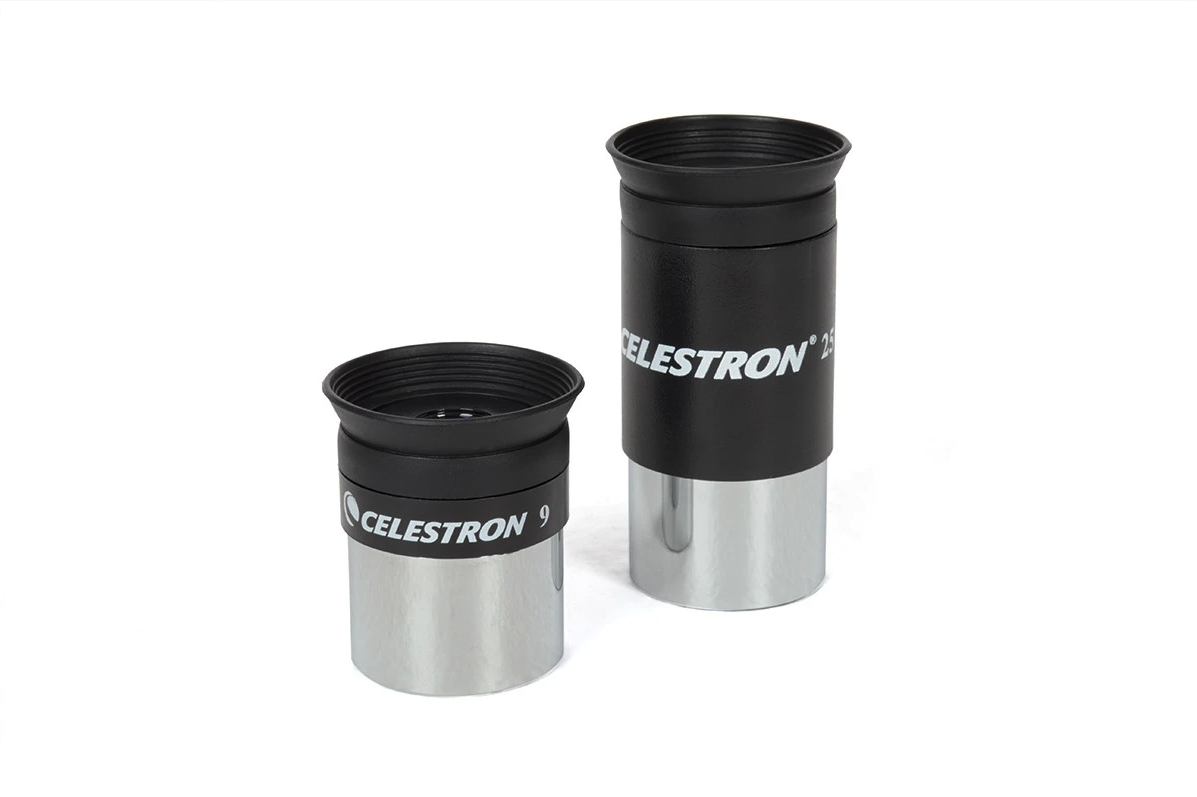 I recommend changing the eyepieces as soon as possible. Mid-aperture eyepieces such as a 25mm Plössl would be a decent starting point.

The finder that comes with the telescope is a red dot model. It is as cheap as it gets in terms of quality, but it works fine. This is not a huge problem since with GoTo telescopes they are only used when first aligning the optical tube.

The star diagonal is much better than the usual “Amici”. It doesn’t lower the image quality and is perfectly suitable for astrophotography and astronomy. It is the best accessory in the package and is the only that doesn’t require changing. 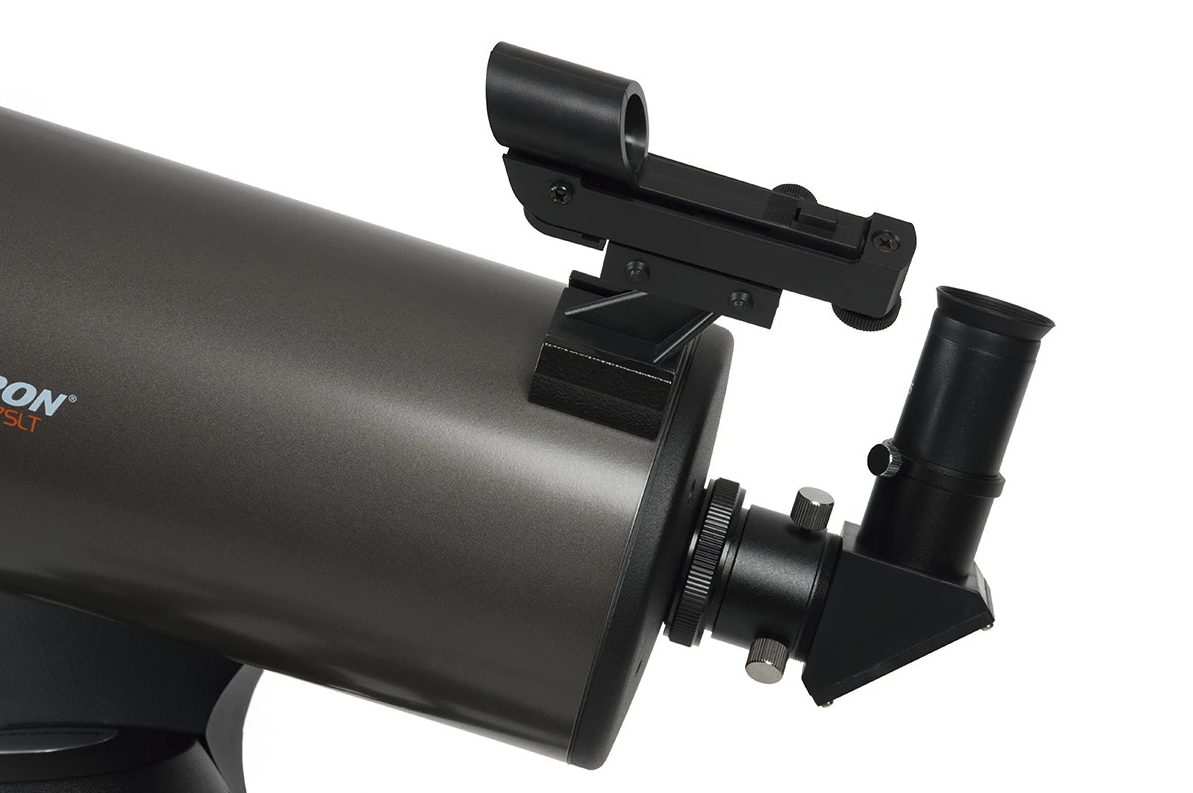 The focuser is built-in and is controlled with a knob as you might expect from a Maksutov-Cassegrain. It moves the primary mirror instead of the eyepiece. Although it causes slight image shift, It works surprisingly well. The design has been perfected for decades, so the focusers inside MAK’s rarely bring up problems.

The most important problem is the lack of a built-in battery. You have to use your own, external power source, which ruins the “portability” aspect of the NexStar Series.

Kellner eyepieces are cheap choices at this price range.

Celestron NexStar 127 SLT is not perfect; it doesn’t even come close. It has serious problems that are unsolvable such as Deep Space performance and the lack of a battery.

But, it is one of the best choices in terms of automatization and planetary performance. If these are necessary to you, and you are happy to overlook some of the problems, Celestron NexStar 127 might be a good choice.