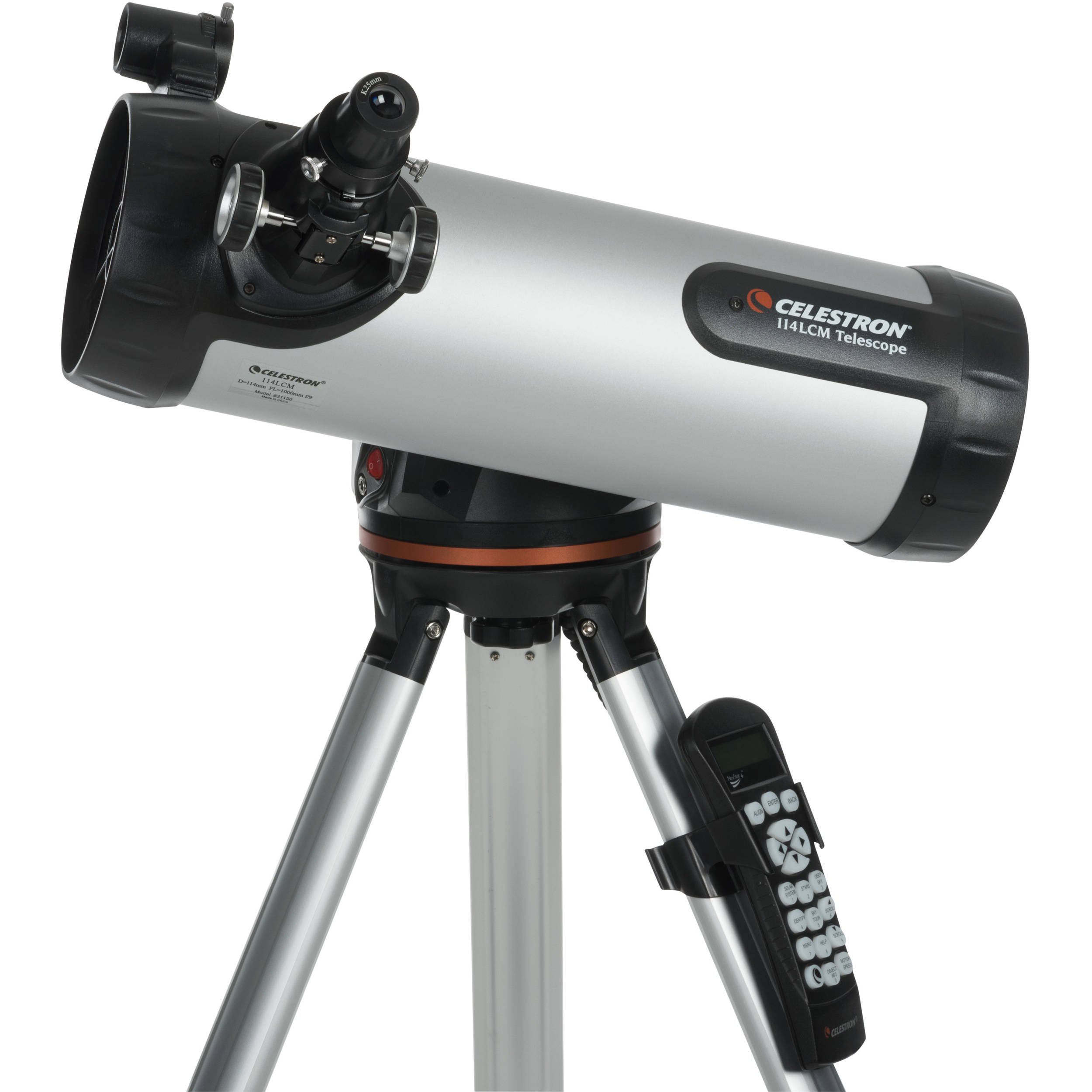 Celestron 114 LCM is an attempt to make higher profits with cheap parts.

It is always sad to see a great company such as Celestron distribute useless telescopes like the Celestron 114LCM. The fact that this telescope is included in Amazon’s Holiday Gift Guide makes things even worse.

At this price range, you should get a manual telescope. Zhumell Z130, StarBlast 6, or SkyWatcher 6″ are some of the phenomenal telescopes that will crush Celestron 114LCM in any area. 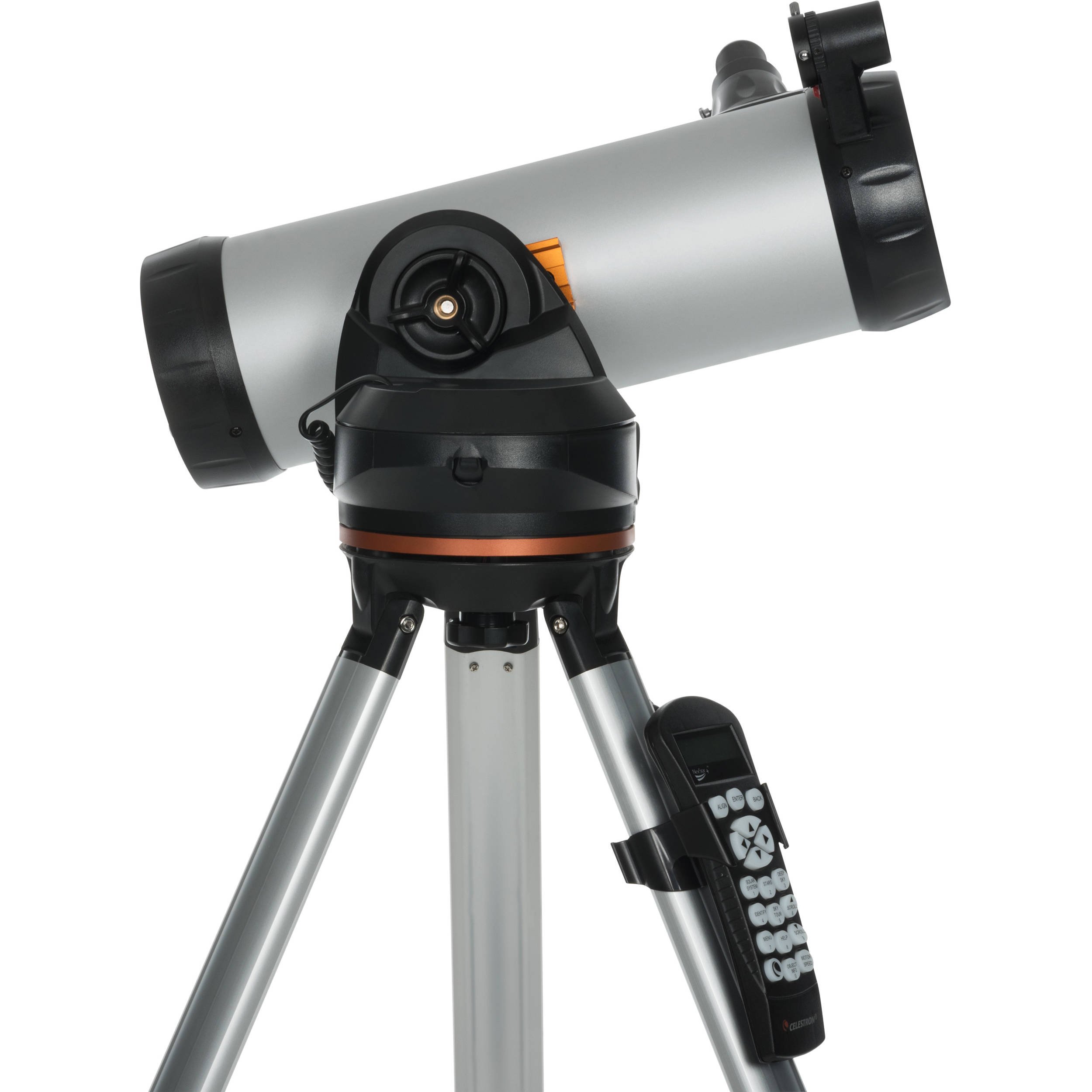 Celestron didn’t even make an effort to fit high-quality optics inside the optical tube. This is not a 114mm Newtonian telescope that provides crisp and wide images. The optical design is a Bird-Jones, which is awful in every way.

The optical design is cheap.

Bird-Jones telescopes are catadioptric, meaning that the light travels the optical tube two times instead of one.

The design is challenging to pull off. That is why if you are buying a “low-priced” catadioptric telescope, you should know that the telescope is probably not legitimate. This the case with Celestron 114LCM.

The corrector lens is low-quality, and the primary mirror is spherical, which is as cheap as it gets. Collimating this telescope is a pain, and trying to get a crisp focus at high magnifications is even worse.

I won’t talk about high-magnification or low-magnification performances because it is not worth it. Getting color accurate and crisp images with the Celestron 114 LCM is impossible. 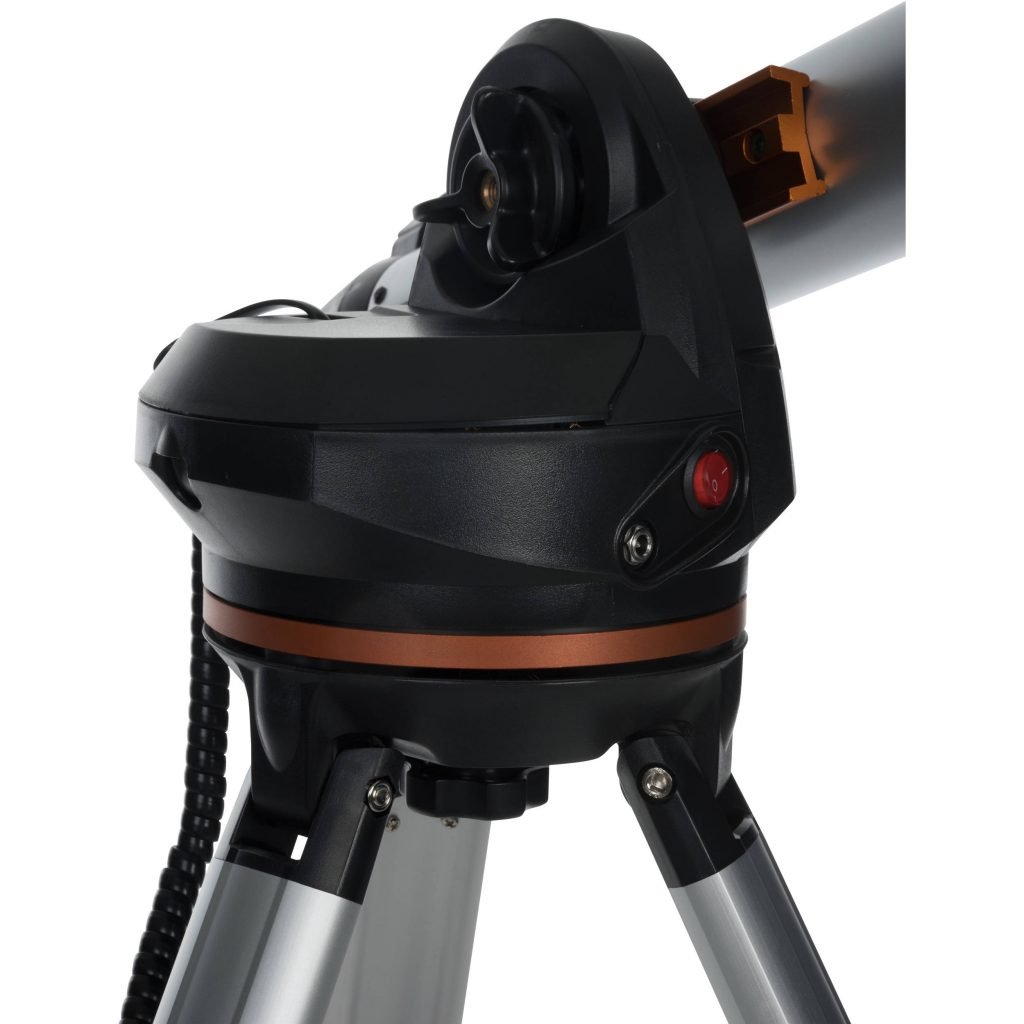 The computerized mount design is outrageously bad for one simple reason: the optical tube is hanging from the side.

This is a moronic design choice. The first and foremost aspect any astronomer wants from a telescope mount is stability. As you might guess, the fact the heaviest part of the telescope is “hanging” doesn’t help.

If the mount were heavy and robust, this wouldn’t be a problem. But Celestron used cheap materials with the mount and motors. As a result, the mount is lightweight and can’t carry the optical tube.

In addition to all these problems, the optical tube puts a lot of strain on the motors. The motors are not strong enough to handle the pressure, and it shows.

The mount is frustrating.

The hand controller software works well and probably is the only high-quality part of the package. Celestron uses the same software with all of its computerized models, which is simple, reliable, and useful.

The telescope also works with Celestron’s SkyPortal App. This is also appreciated, but it doesn’t negate the fact that the optics are garbage. 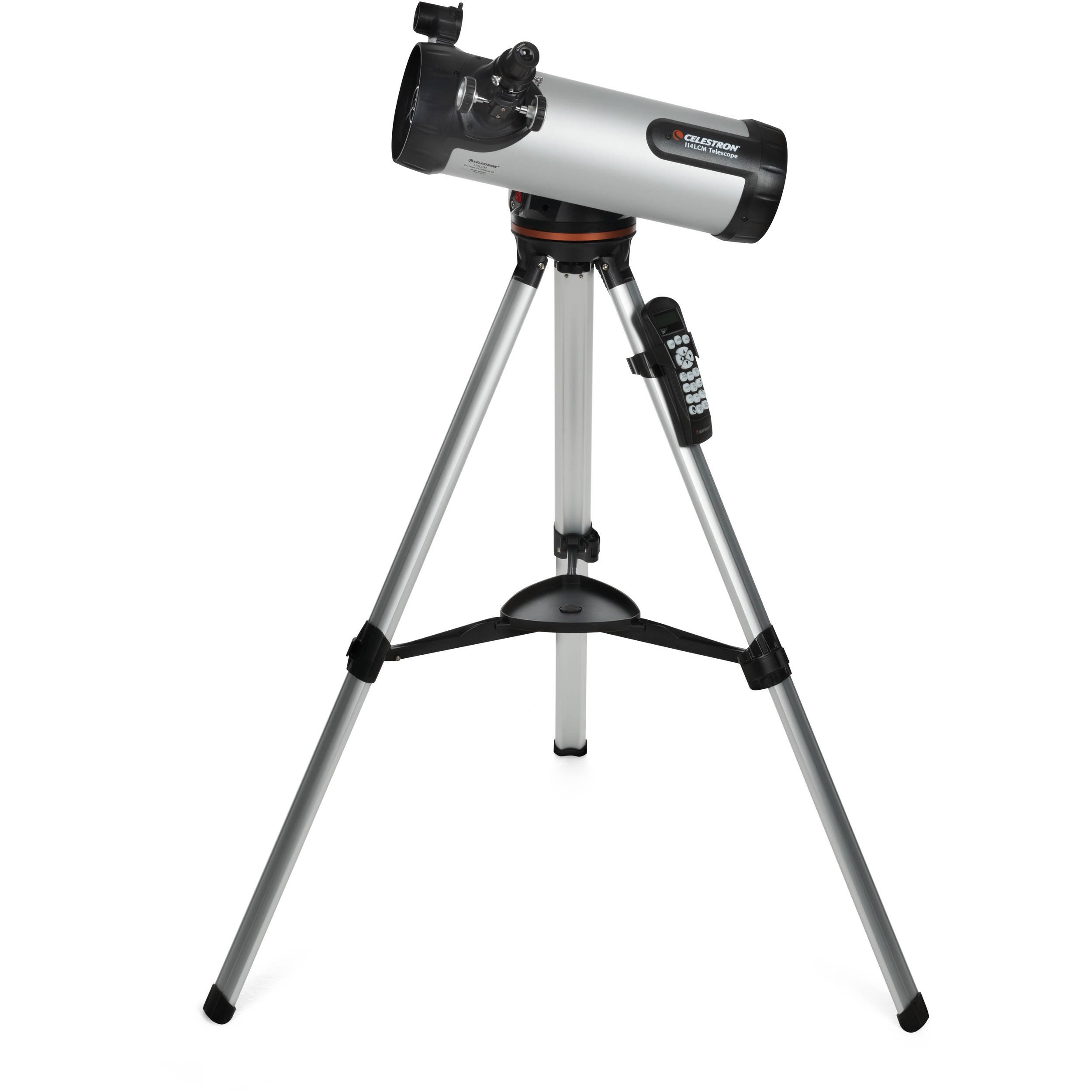 The tripod, similar to any other part of the telescope, is awful. It is cheap aluminium, and the insides are not even filled with anything. The “tripod” is just an aluminium tube.

There is not a sign of stability and robustness with the tripod. 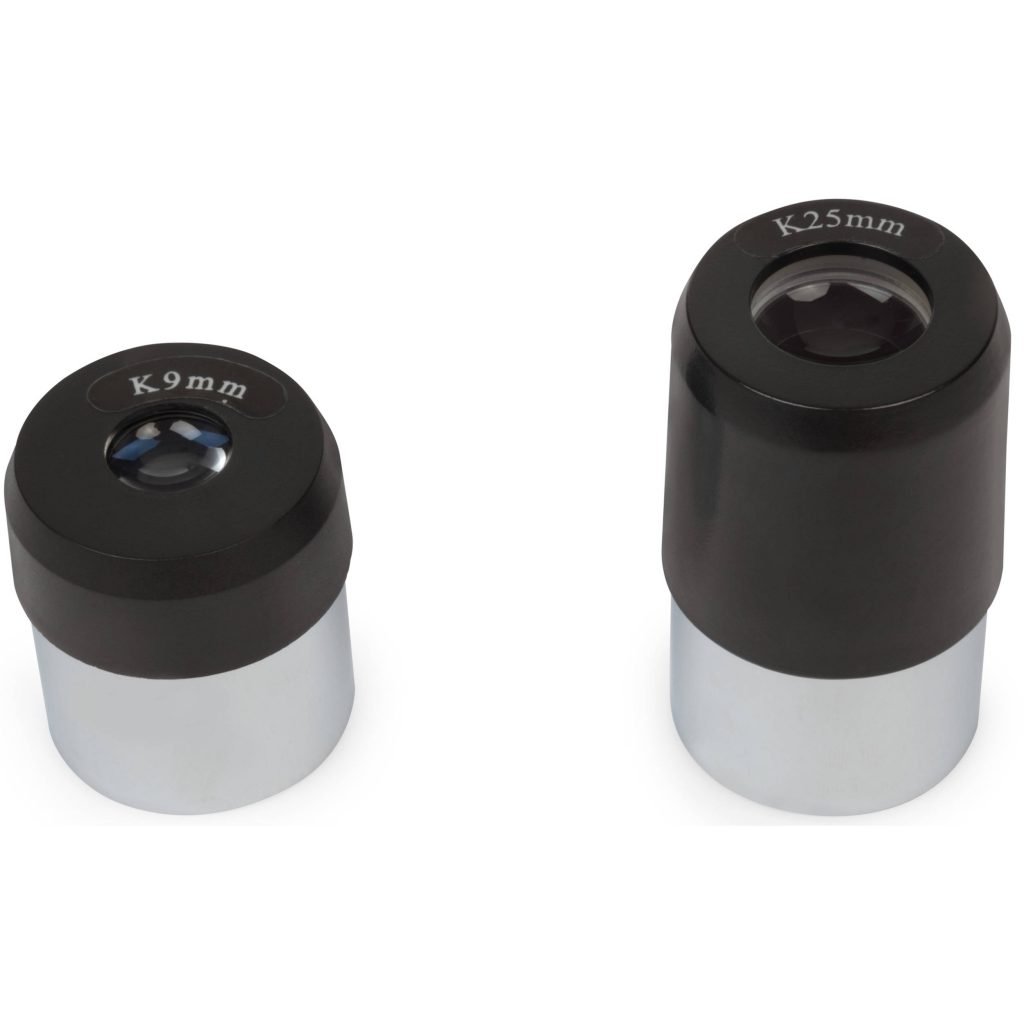 At this point, I expected the accessories to be useless as well, and Celestron didn’t surprise me.

Celestron sends a 25mm and a 9mm Kellner eyepiece with the scope that you would find with 50-60$ scopes. They are plastic.

The finder scope is a red dot finder. It is plastic as well, but at least it does its job without any problems. It might be one of the higher quality parts of the scope. 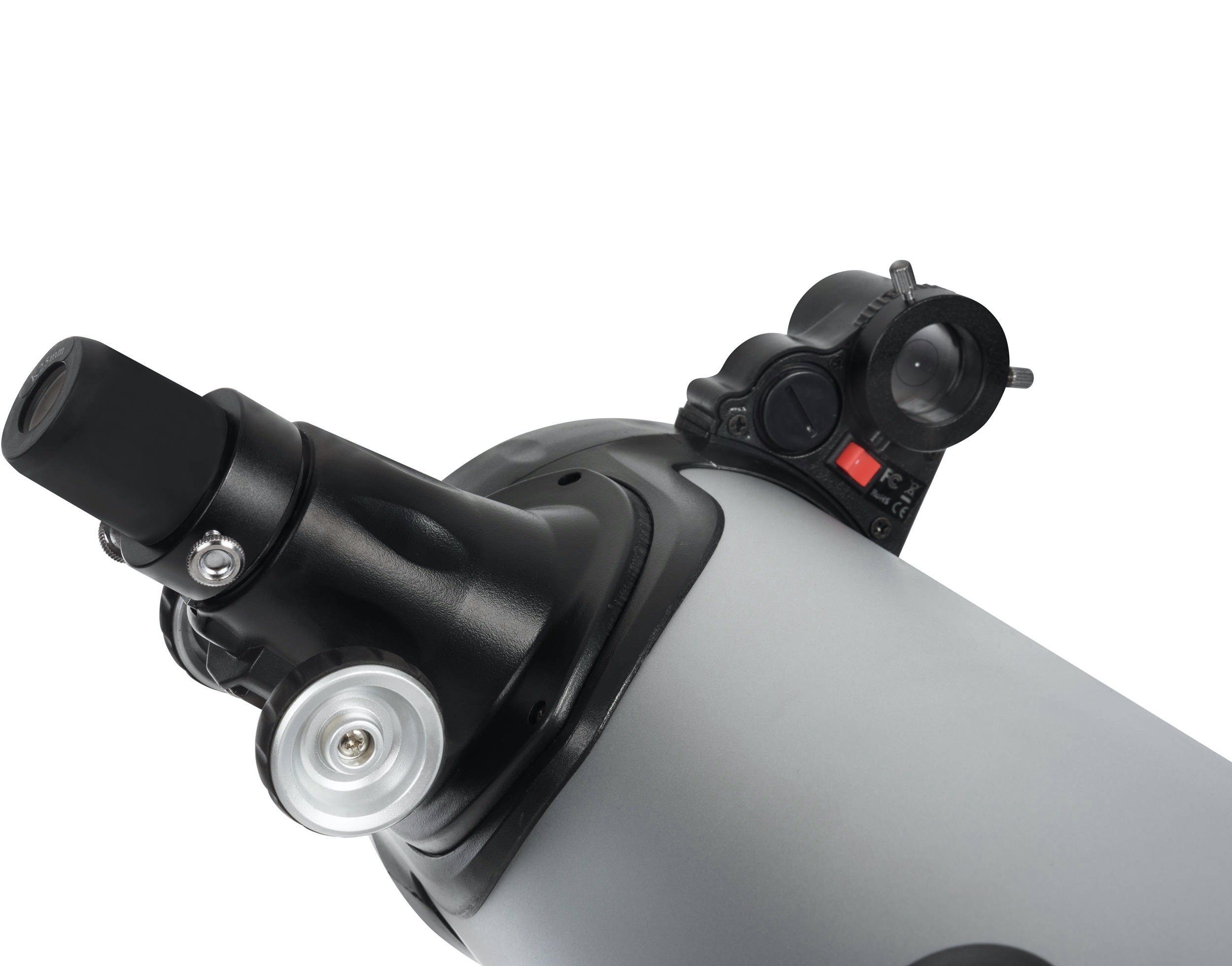 The focuser is a rack-and-pinion design. It accepts 1.25″ eyepieces. It is not well-made and feels cheap. But it is at the “usable” side of the awfulness spectrum.

Where do I start?

The optical design is not legitimate. It is a Bird-Jones that is specifically designed to make higher profits with cheap parts.

The mount is built with cheap and loose parts.

The optical tube is hanging from the side, which is as dumb as it gets in terms of engineering.

The “tripod” is made of cheap aluminium tubes.

The accessories belong to thrash.

The focuser is loose.

I wouldn’t use this telescope if it was free. It is a frustrating experience to use it.

I don’t know why Celestron is trying to force this kind of telescope to beginners. It will only discourage newcomers from astronomy.

You should take a look at TableTop telescopes, and cheaper Dobsonians. These are the models to get at this price range.

You can check out our Guide for the ideal model at this price range.