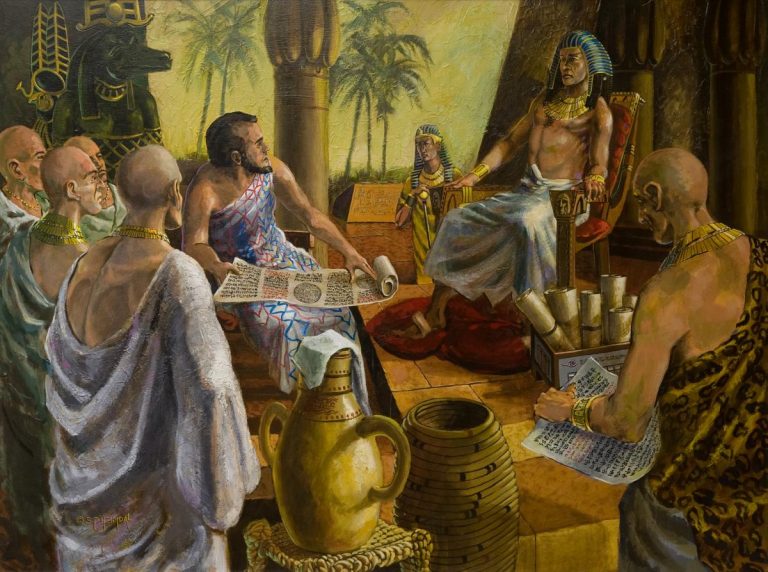 How did Vikings found their way in vast oceans?

How did Egyptians predict when the River Nile will flood?

How did Greeks calculate the size of the Earth 2000 years ago?

Ancient civilizations were much more connected with the universe due to clear and dark night skies that we lack in our metropolitan cities today. If you lived at the time of Ancient Egypt or Greek, you would frequently behold the amazing starry night. So it doesn’t come as a surprise that Ancient civilizations studied, used, and divinized the stars. 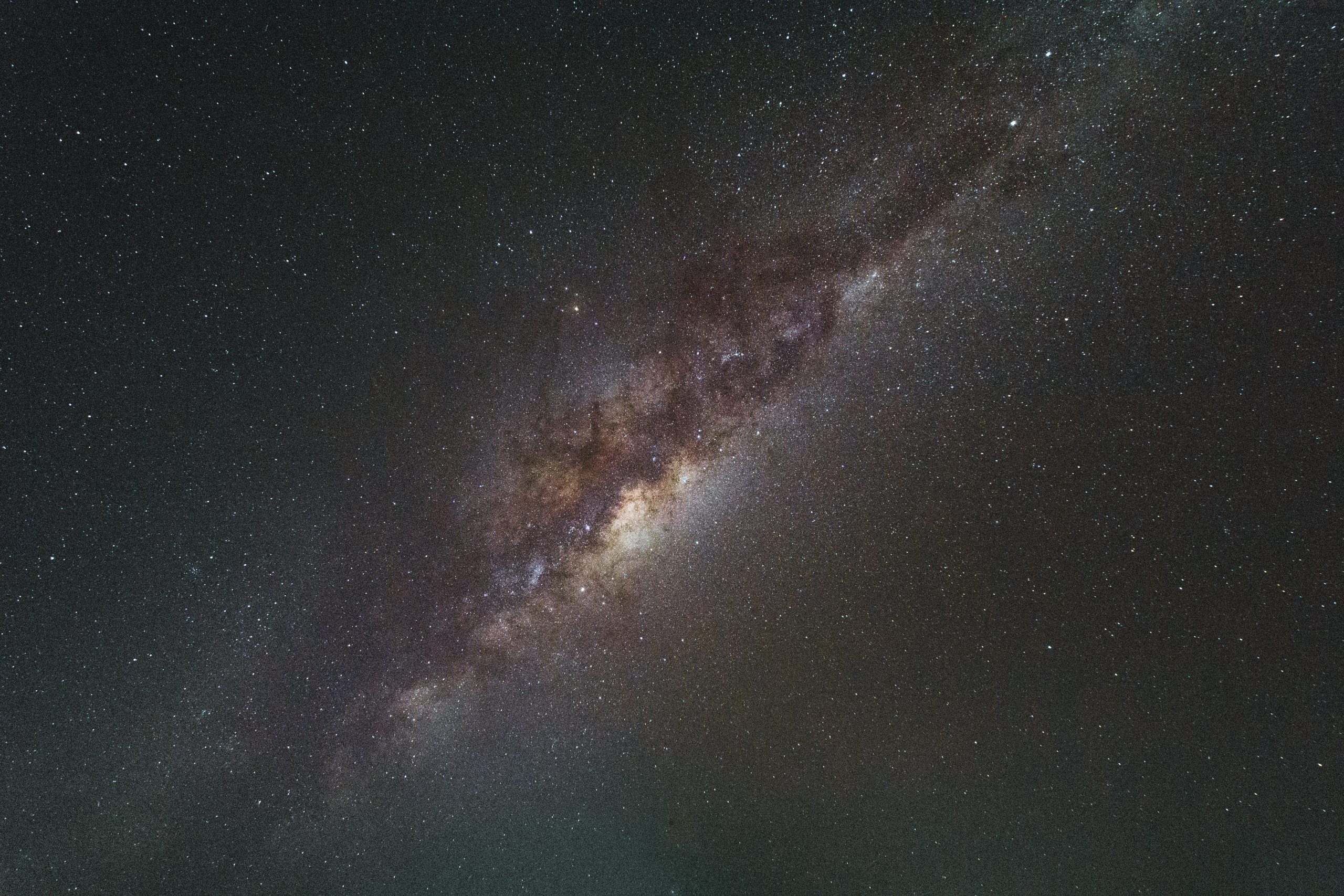 The first and foremost thing we have to understand is that the star structure that we have today is not the same as the ancients saw thousands of years ago. That is because of the axial precession of the Earth. It is a very slow change in Earth’s axis due to gravity. A full rotation takes 25,772 years. 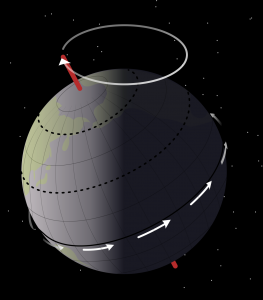 The North Star, Polaris, can be a great example to explain how this movement affects the star structure.

Polaris is an infamous bright star that always points to the North. It was used to navigate in vast oceans by great explorers such as Christopher Columbus(1451-1506), Ferdinand Magellan(1480-1521), and Marco Polo(1254-1324), who took part in the geographical discoveries in the 16th century.

But that was only a few hundred years ago. If you go “thousands of years” back, and search the night sky for Polaris, it wouldn’t show the North. In fact, you would see another star that shows the North, Thuban. We will see an example of this in the Great Pyramid of Giza’s architecture. 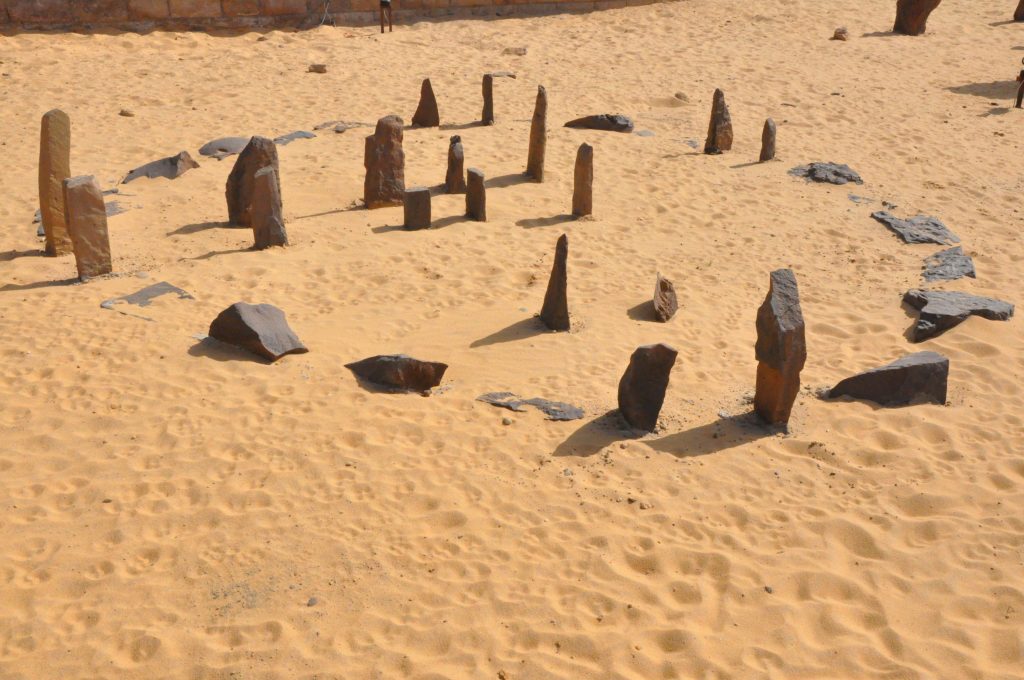 By the time it was around 3000-2000 BCE, Egyptians were already using a 365-day calendar which, we still use today. They were using astronomy to predict when the River of Nile will flood. And they have already built the Pyramids of Giza, which are precisely aligned to show the North, South, East, and West. 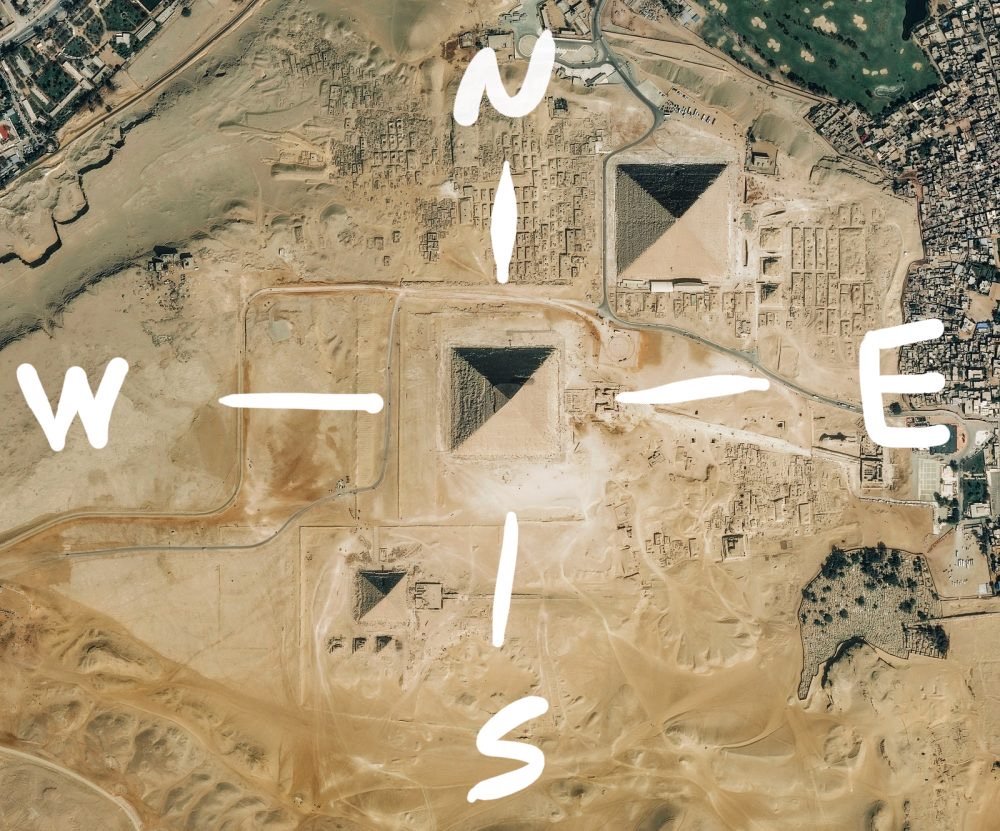 Pyramids of Giza From Above

The Pyramids of Giza have a secret for a star as well. The air vents built for the Kings Chambers look directly to the Northern Star of the time, Thuban. This was designed specifically so that the king could gaze upon the Northern Star in his eternal sleep. 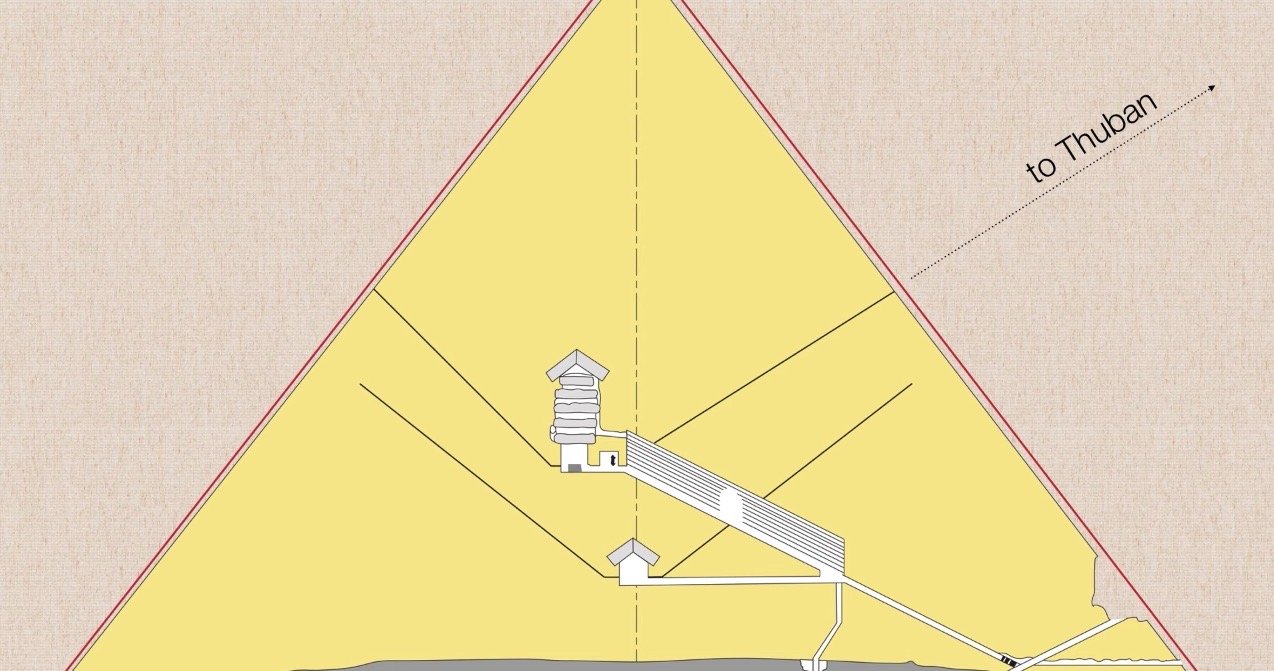 The Orion Belt and the Pyramids

There is a mesmerizing similarity between the Orion Constellation and the alignment of the pyramids. This is called the “Orion Correlation Theory”. It was initially put forward by Robert Bauval in 1995. The idea is that this was done intentionally by Egyptians to recreate the “heavens” on Earth. 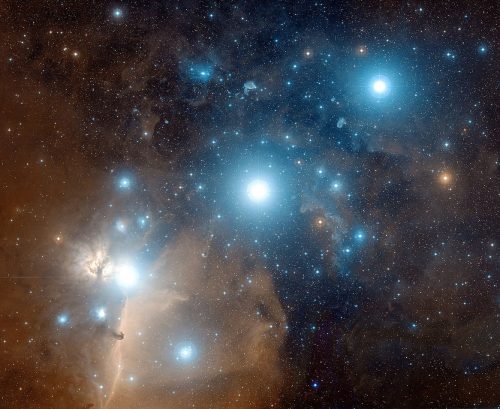 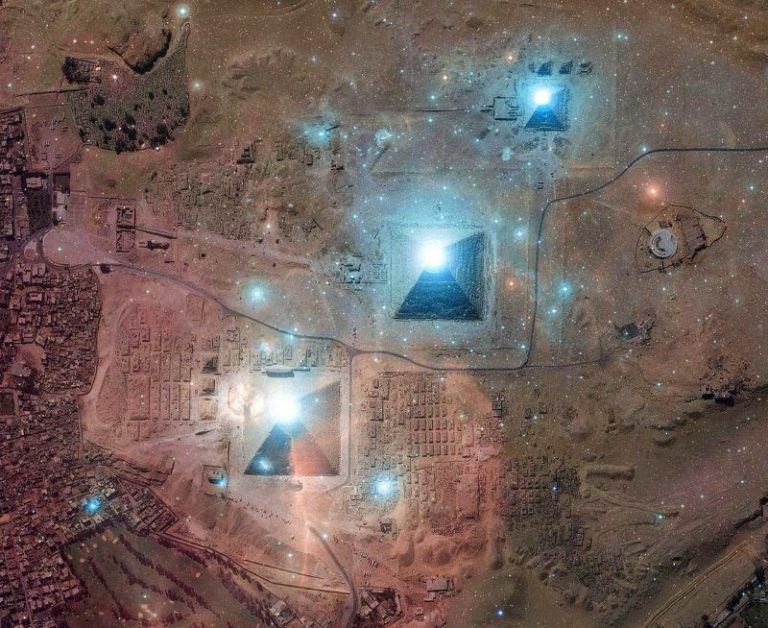 The similarity is irrefutable. The alignment of the stars are perfectly in line with the pyramids. And the Milky Way, which was easy to see at that time, flows right next to the Orion Belt like the River Nile.

But we shouldn’t get carried away. There is another side to the story. The terrain of Giza has changed drastically in thousands of years. It could also be the case that the pyramids were built so that they would look in line from the shore of the River Nile, which was home to most of the Egyptian population back then. You can read the case against the Orion Correlation Theory in this article written by Derek Hitchins. 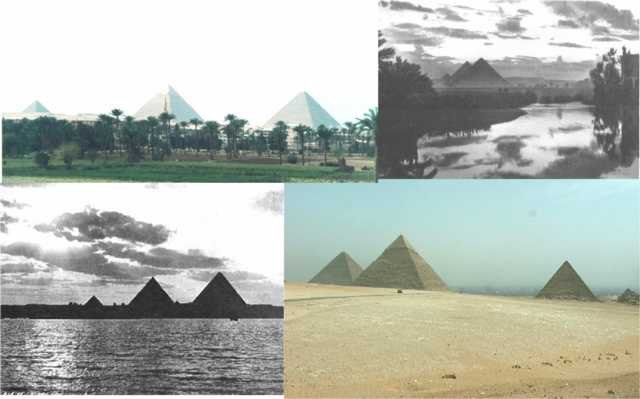 So was this intentional or unintentional? In my opinion, there is enough evidence to support both, and really hard to say one is true and one is not. It could be the case that they were both done intentionally, meaning the pyramids were aligned both for the stars and to look good from the shores of Nile. But of course, we can’t know for sure yet.

Astronomy was an important subject thought at schools in Eastern Rome. Astronomers, mathematicians, and philosophers were not uncommon during the rule of Rome in the East.

Ptolemy, the most famous astronomer of ancient times, lived in Alexandria during the Roman rule. Alexandria was the largest city in the Mediterranean, and surprisingly, was also located in Egypt.

Ptolemy wrote Almagest in the city of Alexandria. It wasn’t the first astronomy book written, but it was the most encapsulating and consistent one. Almagest became a handbook for astronomy for many generations to come. It has been translated into Arabic first. And after that Latin, Greek, French, German and in time almost every language. Ptomely has become a legend among Europeans and has been given the name “King of Alexandria”. 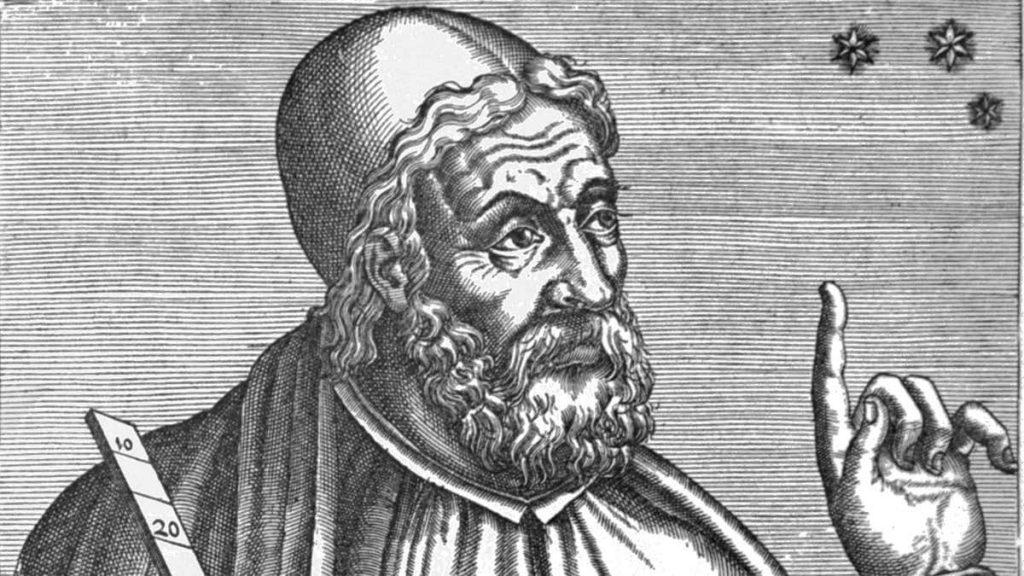 In Almagest, Ptomely used the geocentric model for the universe. Meaning the Earth was at the center and the stars, the Sun, and the Moon revolved around it.

He created a star catalog, which in his words included “as many stars as it was possible to perceive”. This corresponded to 1022 stars.

He designed a planetary model in which he sorted the planets from closest to Earth and farthest. He explained the motions of these planets using epicycles. Which means the planets revolved around their own orbit while also revolving around the Earth. 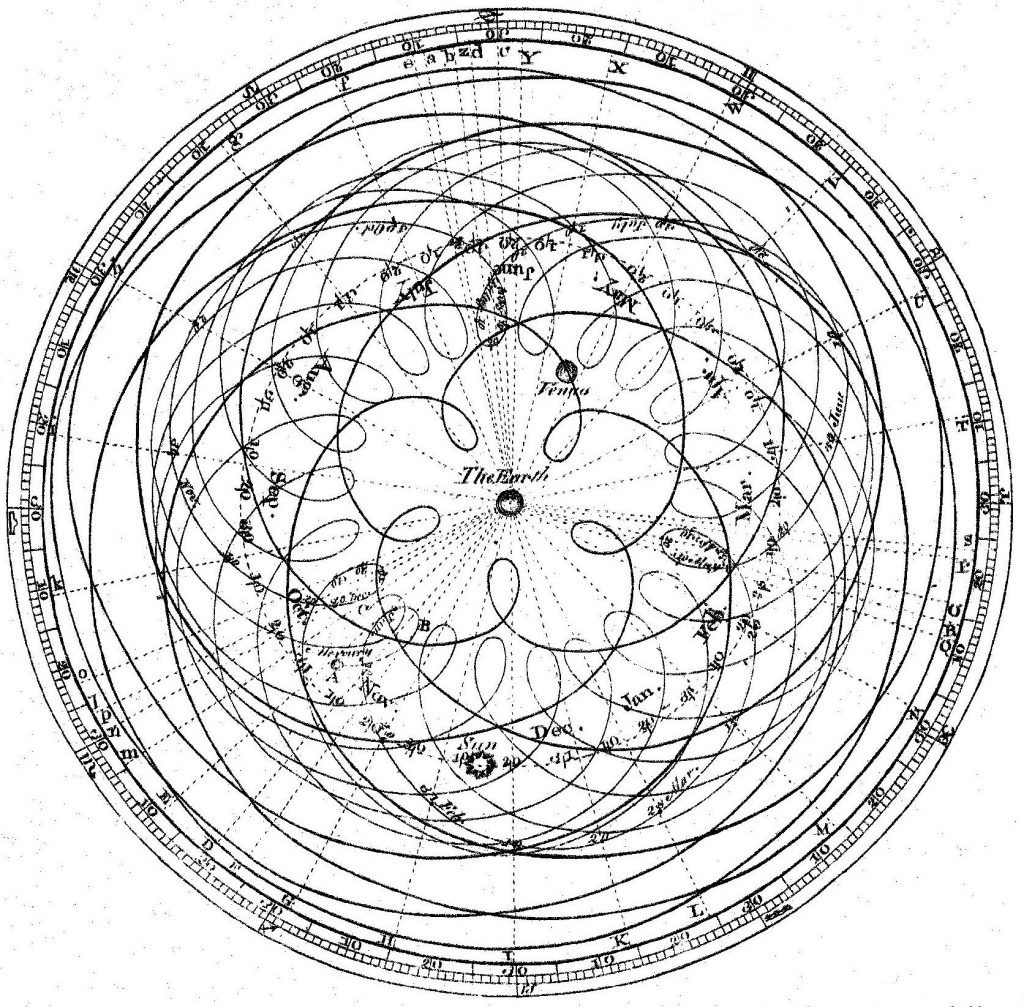 In summary, Ptolemy was important in the history of astronomy because he wrote the most encapsulating textbook, Almagest. He also changed the way astronomers think about the movement of stars with the theory of Epicycles, and he created detailed star and planet catalogs.

Stars, A Bridge Between the Ancient and the Modern

Stars are a connection between us, the modern people, and the ancients. They are a bridge of time and imagination. Next time you are under a starry night sky, know that thousands of generations that had come before you gazed upon the night like you, and thought about the wonders it hides.